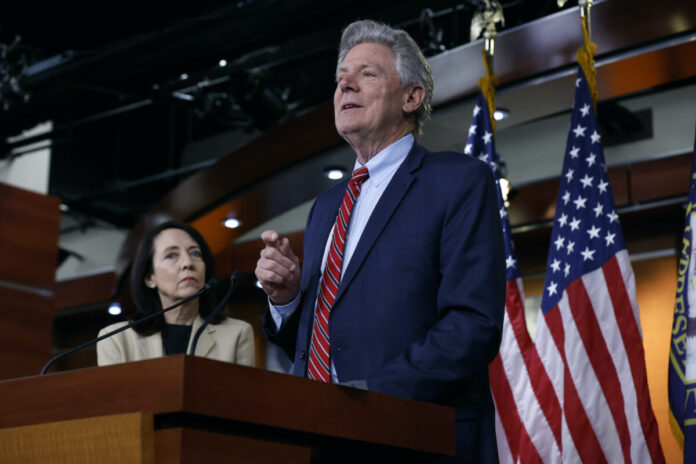 House Democrats reintroduced legislation (pdf) on Jan. 20 in Congress to invest in the emergency crude oil stockpile to help finance the recharging infrastructure required to make feasible President Joe Biden’s goal of having half of all new vehicles be electric-powered by 2030.

The profits from such sales would be used to fund electric vehicle (EV) charging stations across the country.

“In the coming weeks, House Republicans plan to put forward a reckless SPR bill to ban the federal government from responding to volatile oil prices until their Big Oil friends get open access to drill on public lands. It’s a giveaway to the same fossil fuel industry that’s been profiteering off hardworking Americans the past year, and it’s not serious legislating,” Pallone said in a statement.

“Not only would this commonsense measure protect drivers from price fluctuations and make money for taxpayers, but my bill also uses the proceeds from those sales to build out our nation’s electric vehicle infrastructure. It’s a win-win, and it represents the kind of serious solutions Americans deserve to see from Congress,” he continued.

The legislation would also shift the status of 90 million barrels of oil from the SPR to the EPR, allowing DOE to initiate signing contracts for oil delivery into the EPR from 2025 to 2027.

Moreover, the bill would establish a nationwide network of Strategic Refined Petroleum Product Reserves (SRPPR) to stockpile up to 250 million barrels of domestically processed gasoline and diesel fuel.

“To prevent prices from increasing in the short-term, the section prohibits DOE from purchasing fuel to start filling the SRPPR until 2026,” a summary (pdf) of the bill reads.

However, SRPPR would not be allowed to sell or export to countries such as China, Russia, Iran, North Korea, or any other country under U.S. sanctions. A company regulated by one of these countries would only be able to make deals if the DOE says a special deal would benefit the United States’ defense.

“Gas prices are down $1.37/gallon in the last six months, but Americans are still hurting from the oil disruptions caused by the war in Ukraine. That’s why I introduced the Buy Low and Sell High Act to secure our long-term energy and economic security,” Trone said via Twitter.

The White House explained in a press release in 2021 that Biden announced steps to bring the United States to “50% electric vehicle sales share in 2030 to unleash full economic benefits of build back better agenda and advance smart fuel efficiency and emission standards.”

The Buy Low and Sell High Act would also ensure that the federal government sets an example and acquire a completely zero-emission federal vehicle fleet.

The Epoch Times contacted the House Democrats who reintroduced legislation for comment but did not receive a reply by press time.