Family of Afghan Soldier Detained in Texas Pleas for His Release 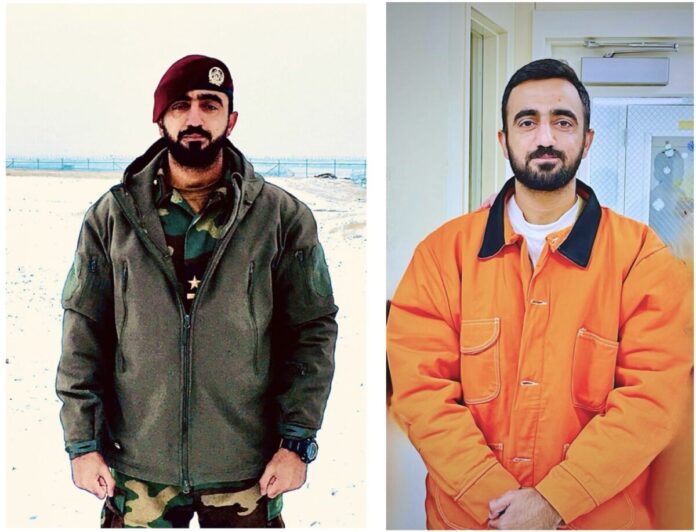 The family of Abdul Wasi Safi, 26, an Afghan combat intelligence officer who worked with U.S. Special Forces before the U.S. removed its troops from Afghanistan in August 2021, have been working hard to free “Wasi,” as he is known, who was arrested and detained by U.S. Border Protection and Customs when seeking asylum in September 2022 at the border in Del Rio, Texas.

His brother, Sami-ullah Safi, 29, who is a U.S. citizen living in Houston and worked for the U.S. Department of Defense for 10 years, recently called on help from the White House for his release.

“I’m calling on Biden’s administration to release my brother,” Sami-ullah said during a press conference Jan. 13. “He believed in the mission of this country in Afghanistan. That’s why he fought alongside the United States Special Forces … to eliminate terrorism.”

Rep. Sheila Jackson Lee (D-Houston), who chairs the U.S.-Afghanistan caucus, additionally called for Wasi to receive a presidential pardon in January for allegedly attempting to cross the border illegally.

“This is a mistake that needs to be corrected immediately,” Jackson Lee said at the news conference.

Wasi is currently in a federal detention center in Eden, Texas, and is facing criminal charges.  A plea hearing in his case was postponed by his attorney earlier this month week to mid-February.

According to his brother, Wasi went into survival mode to avoid being captured or killed by the Taliban, who knew he had helped U.S. forces with biometrics—scientific data such as a thumbprint scanner for identification purposes—the U.S. military left behind.

Sami-ullah said his brother relied on help from friends, colleagues, and relatives to provide him with safe places to stay—and used chat groups to remain informed on which routes were safe when he traveled from place to place.

He additionally said he reached out to veteran groups in the U.S. to provide safe houses in Afghanistan for his brother, but they never did. He said he also contacted U.S. elected officials, embassies, and consulates with no success.

“Nobody helped me in any way. They ignored me,” Sami-ullah told The Epoch Times.

Eventually, he said paid $1,200 to someone willing to give his brother a paper visa to escape to Pakistan.

However, he said his brother quickly learned Pakistan leaders were working with the Taliban to capture and hand over persons of interest at checkpoints using fingerprinting technology.

But ultimately, Sami-ullah said, his brother was able to secure a humanitarian visa to Brazil where many other Afghan refugees were also being sent.

But there, according to Sami-ullah, his brother was beaten and robbed, along with some other Afghan refugees, by locals who, because of their nationality, saw them as terrorists.

His inability to find a safe place in the country provided motivation for him to attempt to come to the U.S. “at any cost,” his brother Sami-ullah said.

However, before reaching the U.S. border, his brother was captured by Panama police and tortured for weeks, he said, because they also viewed him as a terrorist.

The language barrier prevented him from explaining his story with the several officers who “beat him, punching and kicking, till he lost track of how many people were beating him,” Sami-ullah said.

Finally released from the Panamanian police in September, Wasi was given five days to leave the country and joined a group of other immigrants attempting to be accepted into the U.S.

At the end of September, the caravan reached the border and Wasi was detained by border patrol agents—signaled out as an Afghan—while the others were let go, Sami-ullah said.

He was transported to a first detention center in Texas where he was aggressively interrogated for three days, Sami-ullah said.

U.S. border agents, according to Sami-ullah, also refused his brother medical treatment for injuries he incurred in Brazil.

“I don’t understand,” Sami-ullah told The Epoch Times. “A man who had a background check with a background with the Department of Defense, who fought for the mission of the U.S., a man who stood up against terrorists, and now being treated as a terrorist.”

He said he is still unsure why his brother is being detained.

The U.S. Customs and Border Protection did not respond to The Epoch Times for comment.