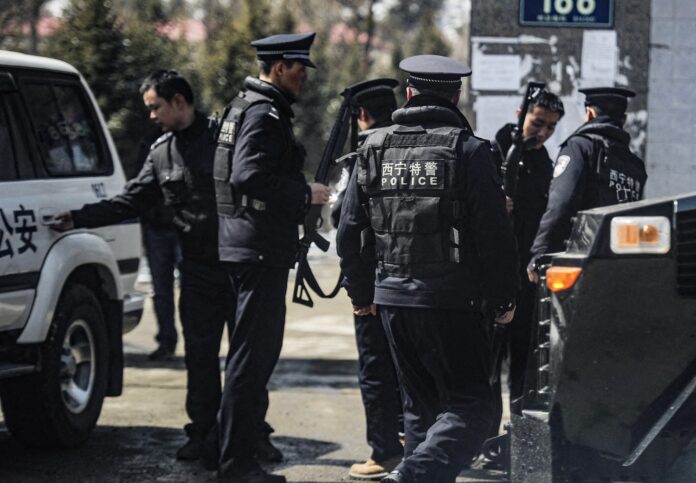 The writer, known only as Palgon, was arrested at his home in August 2022 and has been incommunicado ever since. “There is still no information on where he is being held at the moment,” a source inside Tibet told RFA.

“His family members were also not informed or given proper reasons for his arrest other than Palgon’s contact with people in exile to offer prayers to His Holiness the Dalai Lama,” the source added, insisting on anonymity for security reasons.

Palgon is from the Golog Tibetan Autonomous Prefecture in China’s southeastern Qinghai province. He was an elementary school teacher in the prefecture’s Pema county, but he later  resigned from his role and continued as an independent writer.

“Palgon usually is very active on social media platforms and audio chat groups where he writes and engages,” another source inside Tibet told RFA.

Over the last few months, RFA has reported on China’s arrests of monks, writers, young protestors, and other Tibetan figures in a wide-ranging crackdown. Those detained will often be held incommunicado for months before being sentenced.

Dawa Tsering, director of the India-based  Tibet Policy Institute, told RFA that the arrest shows China’s attempts to block Tibetans from communicating with the outside world.

“The Chinese government does not want the international communities to know about the harsh policies that they have been implementing on Tibetans in terms of religion, culture, and language,” he said.

Sangay Kyap, a Spain-based researcher at the Tibetan Center for Human Rights and Democracy, said the detentions of those who contact exiles serve “to disconnect the two, and also an attempt to obstruct the influence of His Holiness the Dalai Lama and other religious figures inside Tibet whom Tibetans revere”.

RFA contacted police in Pema county and Golog prefecture, but they were not available for comment on this story.