Japanese Buddhists back selection of next Dalai Lama by Tibetans, not China — Radio Free Asia 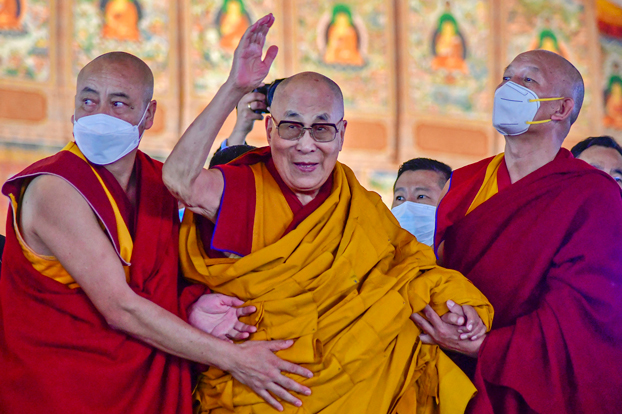 Japanese Buddhists say they believe Tibetans should determine the successor to the Dalai Lama in accordance with their Buddhist belief in the principle of rebirth, and that the Chinese government should have no say in the controversial centuries-old selection method.

China, which annexed Tibet in 1951, rules the western autonomous region with an iron hand and says only Beijing can select the next spiritual leader of Tibetan Buddhists, as stated in Chinese law.

But Tibetans believe the Dalai Lama chooses the body into which he is reincarnated, a process that has occurred 13 times since 1391, when the first Dalai Lama was born.

If China appoints his successor, it will further erode the religious and cultural identity of Tibetans, who have been subjected to crackdowns by Beijing during periods of unrest and whose spiritual sites and centers have been destroyed in recent years. Authorities view the unrest as acts of separatism that threaten China’s national security.

The 14th Dalai Lama, 87, whose original name was Lhamo Thondup, was found in Tibet’s Amdo province, and at the age of 2 was recognized as the reincarnation of the spiritual leader. He took on his full role as ruler of Tibet in November 1950, but a month later fled to India from Chinese troops who had entered the region in 1949.

The current Dalai Lama, who resides in exile in Dharamsala, India, has become an influential global figure because of his espousal of Buddhism and advocacy of rights for Tibetans.

The Japan Buddhist Conference for World Federation, an umbrella organization of a number of sects of Japanese Buddhism, which has millions of followers in Japan and other countries, has condemned China for interfering in the selection of Tibetan lamas and for claiming authority to appoint the reincarnation of the 14th Dalai Lama.

“We, the Japanese Buddhist[s], believe that the Tibetans should decide the succession of the Dalai Lama based on Tibetan Buddhist culture and history,” says a statement the group issued. “The national policy of the People’s Republic of China is communism, and communism is based on the principle of non-religion. Therefore, it is a contradiction to allow people who don’t believe in religion to decide who the country’s religious leader will be.”

The Central Tibet Administration, the formal name of the Tibetan government-in-exile, issued news of the statement on Tuesday when representatives from the organization visited the Office of Tibet in Japan.

“It is of utmost importance for the Japan Buddhist Federation to highlight the issue of succession of His Holiness the Dalai Lama as Tibet’s rich culture and religion is on the threshold of destruction under China’s occupation of the land,” said Eihiro Mizutani, secretary-general of the umbrella organization.

“China continues to hold its unlawful right to interfere in the selection of the next Dalai Lama; therefore, we hope and believe that the government of Japan will also be critical of the Chinese government’s policies towards Tibetan Buddhism and the Dalai Lama,” he said. “The issue of the successor of the Dalai Lama is very important to world peace.”

Dr. Arya Tsewang Gyalpo, representative of the Liaison Office of His Holiness the Dalai Lama for Japan and East Asia, said the Chinese government has violated the basic human rights of Tibetans inside Tibet for decades.

The Dalai Lama insists he is in good health despite his advancing age. The Kashag, the cabinet of the Central Tibetan Administration under the guidance of the Dalai Lama, has said it believes he will live to the age of 113 as the spiritual leader has predicted. The Kashag also has said that the system of recognizing reincarnated spiritual beings is a religious practice unique to Tibetan Buddhism.

Chinese authorities intend to install a pro-Beijing puppet leader in place of the current Dalai Lama after he dies, giving it an opportunity to firm up its control of the region, according to a report issued in 2022 by the International Tibet Network, a global coalition of Tibet-related groups.