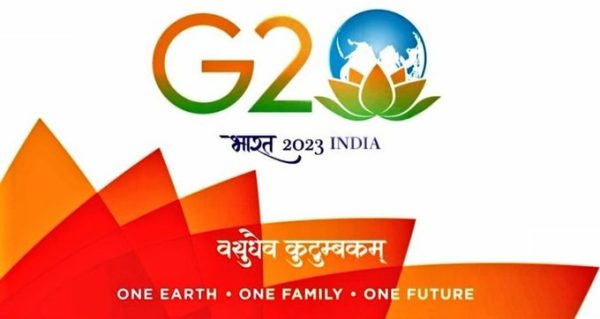 As president of the G-20 and the SCO this year, India is in a position to project global leadership. But it will need to strengthen its economic heft and use it to promote peace and security.

The stars are aligned to make 2023 India’s year for international leadership.

India is the president of the Group of 20 (G-20) and will host its summit in September. It holds the rotating presidency of the Shanghai Cooperation Organization (SCO) and will host the meeting of the SCO Heads of State, probably in August. Additionally, India has convened a virtual meeting of the 75 nations of the Global South and will host the Quad Foreign Ministers Meeting. India has positioned itself between NATO and Russia over Ukraine and has leverage with both that can be used for good. The Indian economy appears better prepared to withstand the headwinds facing the world than other major economies.

All these factors put together, make 2023 an opportune year for India to position itself as a global leader. However, India will need to maintain its economic stride, and promote global peace and security to make the most of this opportunity.

India is concentrating on economic and developmental issues in both the G-20 and the SCO to the exclusion of security issues. It has already hosted a meeting of the G-20 Development Working Group in Mumbai and plans to hold over 200 meetings in over 50 cities in India this year. Similarly at the SCO, India is emphasizing three “pillars of cooperation” – Startups & Innovation, Science & Technology, and Traditional Medicine.  The high-level engagement and frequency of meetings underlines the seriousness with which India has taken up the mantle of its leadership.

The theme of India’s G-20 presidency is “Vasudhaiva Kutumbakam” – loosely translated as “The World is One Family” or as the Indian government puts it on its G-20 website, “One Earth – One Family – One Future.” This lofty sentiment, which is engraved in Hindi over the entrance of India’s parliament building, is in tension with India’s tendency to view Russia’s invasion of Ukraine as European and not a world problem. Issues facing the G-20 and SCO cannot be divided into distinct economic and political issues with a principle of “One Earth – One Family – One Future” applicable to economic, non-security issues and a regional realpolitik applicable to political, security issues.

No matter how well-positioned India is to lead internationally, it needs a strong economic position to exercise that leadership.  Fortunately, India’s economy in 2023 should provide the domestic political space for the Modi government to concentrate on foreign policy and garner the heft needed to command respect from other nations. The Indian economy appears better prepared to withstand the headwinds facing the world than any other major nation. India’s GDP growth in 2023 will exceed projected world economic growth. It is posited to be about 60 percent greater than that of China and will be many times greater than that of Japan and the U.S.

In addition to outstanding GDP growth, India’s foreign exchange reserves rank fifth in the world and are a far cry from the early 1990s when India had barely enough to cover its needs for two weeks. Foreign Direct Investment (FDI) set a record in FY 2021-22 and is doing well in the present fiscal year. There is monetary and fiscal stability with the rupee holding its own internationally. Domestic demand is strong and financial markets look good. Inflation is a continuing problem, however, and is expected to come in at about the world average in 2023.

While India’s domestic economic situation will give its leadership impetus, it will also need to be a force that can bring important stakeholders to the table. Therefore, the great temptation for India in leading both the G-20 and the SCO in 2023 will be to avoid divisive issues to achieve at-least superficial consensus. The great opportunity for India is to realize the theme “One Earth-One Family-One Future” across the board, on security as well as economic issues. Progress in building peace and stability in view of the actions of Russia and China will not be easy. However, India’s robust plans for over 200 meetings leading up to the G-20 Summit in New Delhi can be used to show the benefits of adherence to the rule of law in all spheres for the entire international “family.” The addition of a G-20 sherpa track to that of finance was made for the very purpose of broadening the scope of attention for the G-20. Likewise, an avowed purpose of the SCO is the strengthening of peace, security, and stability. The SCO pledges adherence to the goals and principles of the Charter of the United Nations.

2023 is the year for India to use its leadership positions and positive economic situation to act on the challenges to world peace and security as well as economic growth, the environment, and culture.