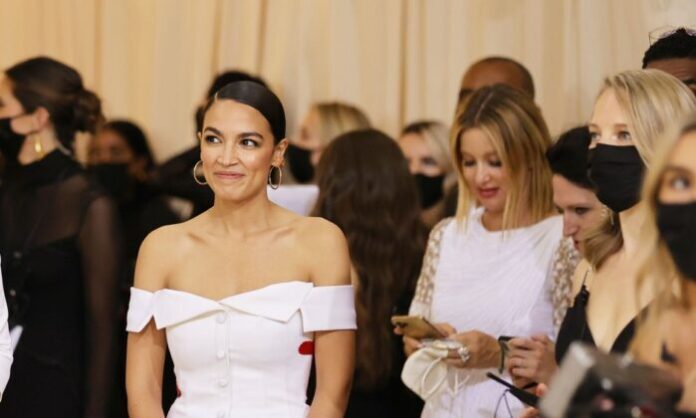 The brief announcement said only that “the Acting Chairwoman and Acting Ranking Member of the Committee on Ethics have jointly decided to extend the matter regarding Representative Alexandria Ocasio-Cortez, which was transmitted to the Committee by the Office of Congressional Ethics on June 23, 2022.” (pdf)

It gave no explanation about the reason for the investigation.

Still, there are indications that give some clues as to possible reasons for the case: specifically, Ocasio-Cortez’s attendance of the Met Gala in September 2021.

At the gala, an annual event attended by the wealthy and well-connected, Ocasio-Cortez made splashes when she wore a designer dress that read “Tax the Rich.” The statement was instantly mocked by conservatives, who noted that the Met Gala costs tens of thousands of dollars to attend—a figure well out of reach for everyday Americans.

Following the event, Thomas Jones, founder of the conservative-leaning American Accountability Foundation (AAF) argued in an ethics complaint that he believes Ocasio-Cortez, a self-described socialist who represents areas of Queens and the Bronx, broke House rules by accepting the gift (pdf).

“The American Accountability Foundation is writing today to request that you immediately open an investigation of Representative Alexandria Ocasio-Cortez (NY-14) for accepting an impermissible gift to attend the Metropolitan Museum of Art’s Costume Institute Gala (the Met Gala),” Jones’s statement said.

He requested an investigation into whether Ocasio-Cortez’s attendance at the pricey event, or the high-end designer dress she wore, constituted a violation of the House’s complicated Gift Rule.

“Specifically,” Jones wrote, “we believe Representative Ocasio-Cortez has violated clause 5 of Rule XXV of the Rules of the House of Representatives (commonly known as the Gift Rule) by accepting admission to the Met Gala, an event whose per seat costs is reported to range from $35,000 to $50,000, without having a permissible exemption to allow the acceptance of the lavish gift.

“If Representative Occasion-Cortez has used campaign funds to pay for this ticket, she has also violated FEC prohibitions on campaign funds being used for entertainment purposes,” Jones added.

“Without prompt investigation and enforcement of Congressional Rules, the American people are likely to lose faith in the ability of Congress to police its members,” he wrote.

The Dec. 7 statement by the House Ethics Committee, attributable to acting Chair Susan Wild (D-Pa.) and Ranking Member Michael Guest (R-Miss.), emphasized that the disclosure of the investigation “does not itself indicate that any violation has occurred, or reflect any judgment on behalf of the committee.”

Ocasio-Cortez’s office did not reply to a request for comment.

According to a report by Forbes, a spokesperson for Ocasio-Cortez said, “The Congresswoman has always taken ethics incredibly seriously, refusing any donations from lobbyists, corporations or other special interests.”