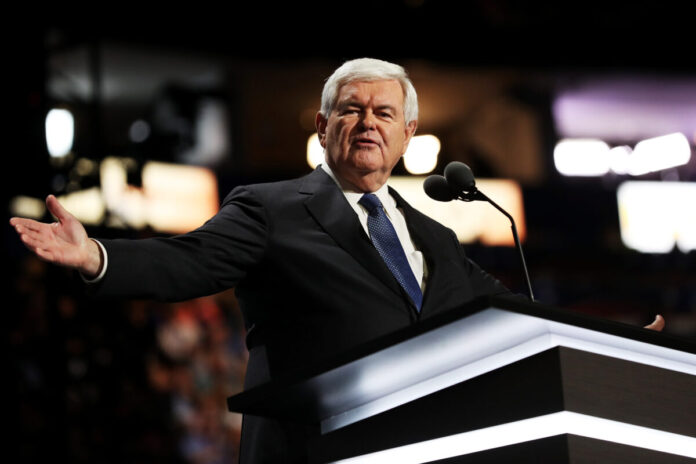 Former House Speaker Newt Gingrich has called for Republicans to quit underestimating President Joe Biden as he pointed to how effectively Biden has implemented his party’s policies while the opposition has mostly focused on the president’s speech and memory deficiencies.

“Conservatives’ hostility to the Biden administration on our terms tends to blind us to just how effective Biden has been on his terms,” wrote Gingrich. “He has only built upon and fortified the left-wing Big Government Socialist woke culture system. We dislike Biden so much, we pettily focus on his speaking difficulties, sometimes strange behavior, clear lapses of memory, and other personal flaws. Our aversion to him and his policies makes us underestimate him and the Democrats.

Gingrich talked about how Biden “stayed in the basement” but managed to pull off victory in 2020. His administration had an “amazingly narrow four-vote majority in the U.S. House and a 50–50 tie in the Senate” but secured trillions of dollars worth of government spending, with the latest bill on “sexual rights overriding all other rights” passed with Republican support.

Despite Biden’s mishandling of the economy, along with the increase in crimes and the border crisis, his team executed its strategy of “polarizing Americans against Donald Trump supporters” to come out with one of the “best first term off-year elections in history,” Gingrich added.

The Biden administration turned Jan. 6 into a crisis that “eclipsed” the social chaos of leftist mobs, and exaggerated abortion issues, he said—“And it all worked” as there was no red wave, at least not as expected.

“This is a much bigger challenge than I would have guessed before the election.”

In 2022, Biden endorsed 12 candidates in total, including three primary and nine general election endorsements. His primary endorsement success rate was 67 percent, and 89 percent for generals.

On Friday, a Democratic National Committee (DNC) panel voted to give South Carolina the lead-off position in the 2024 presidential nominating schedule as proposed by President Biden. Iowa has held the position for the past five decades.

After South Carolina’s vote on Feb. 3, 2024, a joint primary day for New Hampshire and Nevada would be held on Feb. 6, 2024, followed by Georgia and Michigan primaries, under the panel’s proposal. The states are given until Jan. 5, 2023, to demonstrate they can hold primaries on the chosen dates, failing which, they will lose their positions to other states.

Biden said that demographic diversity and economic conditions were considered in order to better reflect the present electoral base of the Democratic Party.

“The Democratic Party is the party of hope. This is the leadership that we have seen every minute of the Joe Biden presidency,” said an emotional chairman Jaime Harrison, a native of South Carolina, when he was informed of new primary election schedules, according to The Washington Post.

Biden has not confirmed whether he will be running for the 2024 presidential elections. “The midterms validated the President’s focus on delivering for the American people and speaking to their priorities,” said a Biden adviser, cited by Axios.