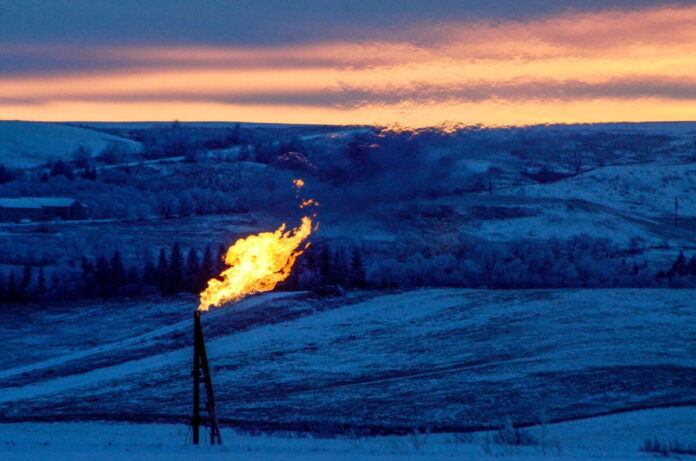 North Dakota’s Sen. Cramer says problem could be fixed by making it easier to build takeaway infrastructure under existing law

The Bureau of Land Management (BLM) on Nov. 28 proposed a new methane venting and flaring rule for federal and tribal lands, drawing opposition from Republicans who say last year’s infrastructure law would let the Biden administration reduce the waste of natural gas by other means.

BLM, which falls under the U.S. Department of the Interior, projects their new rule for oil and gas operations would yield $39.8 million in new royalties.

“This draft rule is a common-sense, environmentally responsible solution as we address the damage that wasted natural gas causes. It puts the American taxpayer first and ensures producers pay appropriate royalties,” said Tracy Stone-Manning, director of BLM, in a statement.

“The BLM may delay action on, or ultimately deny, a permit to drill to avoid excessive flaring of associated gas,” reads the BLM statement on their proposal.

In addition, the rule would establish monthly caps to royalty-free flaring. Those limits would be defined in terms of both volume and time.

“Importantly, this includes a monthly volume limit on royalty-free flaring due to pipeline capacity constraints—the primary cause of flaring from Federal and Indian leases,” BLM’s statement reads.

“The Department of the Interior’s proposed rule is nothing more than another layer of unnecessary, duplicative bureaucracy designed to impair oil and gas production on Federal and tribal land,” said Sen. Kevin Cramer (R-N.D.) in a statement on the proposal.

The natural gas capture rate in North Dakota has increased greatly since 2014, in line with rising capture targets from the North Dakota Industrial Commission. Yet, that improvement has lagged on federal and tribal lands.

While the state as a whole boasted 95 percent natural gas capture rates in September 2022, rates on those types of land ranged as low as 52 percent, according to the latest monthly report from the North Dakota Department of Mineral Resources.

Cramer believes that gap can be attributed to the difficulty of establishing needed takeaway infrastructure that can serve federal and Indian lands.

“Rather than trotting out another punitive measure which will inevitably get caught up in litigation, the Biden Administration should use the authority they already possess from the Bipartisan Infrastructure Law to streamline permitting for gas gathering lines to reduce emissions,” Cramer added, referring to Sec. 11318 of that bill.

In August, Cramer and 16 other Senate Republicans wrote Interior Secretary Deb Haaland, seeking an update on the implementation of Sec. 11318.

By contrast, some environmentalists think BLM’s proposal does not go far enough.

Evergreen Action, an organization focused on climate change, issued a statement urging the Biden administration to “strengthen and finalize” the potential new rule.

The Western Environmental Law Center, meanwhile, wrote that the proposal “disappoints,” arguing that the administration could use the Mineral Leasing Act to restrict natural gas flaring and venting on public lands more aggressively.

“The Bureau must look beyond royalties and reinforce the agency’s clear authority—as outlined in the rule—to take specific and affirmative steps to eliminate the waste of gas caused by venting and flaring,” said Melissa Hornbein, a senior attorney with the organization, in a news release on the proposal.

The proposed rule will soon be published in the Federal Register. People will then have 60 days to make public comments on it at the website Regulations.gov.