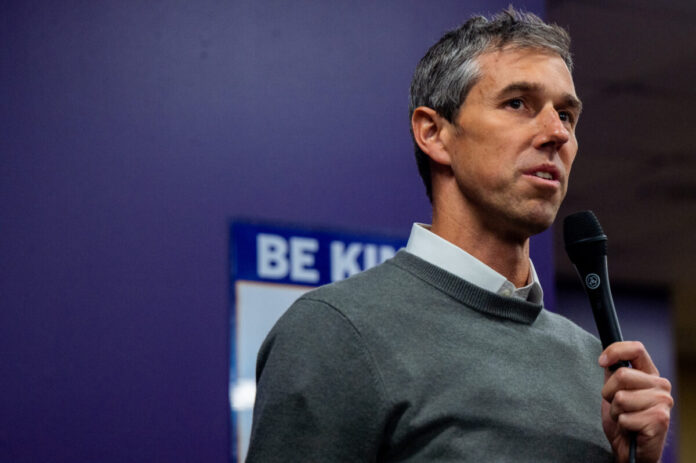 Bankman-Fried gave approximately $40 million to the Democratic Party during the 2021–22 election, according to OpenSecrets.

Bankman-Fried’s donations made him the second-highest Democrat donor behind George Soros, who contributed $128 million, as previously reported by The Epoch Times. Donations were also made by other former FTX executives, including co-CEO Ryan Salame, who gave $23 million to Republicans and conservative groups, and former engineering director Nishad Singh, who contributed nearly $13 million to Democrats and liberal causes.

FTX, a cryptocurrency exchange, was valued at $32 billion prior to its sudden filing for Chapter 11 bankruptcy protection earlier this month.

“This guy gave a million dollars to Beto. This Madoff-Style evaporation of customers’ money should be a crime,” Abbott posted on Twitter on Nov. 12 in reaction to FTX’s bankruptcy. “Candidates who received this tainted money should return it so that innocent customers of FTX can get some of their money back.”

Abbott’s comment was a reference to the Bernie Madoff Ponzi scheme that defrauded billions of dollars from thousands of investors over nearly two decades. Madoff was convicted in 2009. He died in prison on April 14, 2021, while serving a 150-year sentence.

Bankman-Fried made the million-dollar donation on Sept. 29, according to the Texas Ethics Commission. O’Rourke’s team said it returned the money on Nov. 4, one week before the news of FTX’s bankruptcy, according to O’Rourke’s team, adding that the decision was made even earlier, the report said.

O’Rourke spokesperson Chris Evans said the reimbursement decision had nothing to do with the scandals surrounding Bankman-Fried’s defunct cryptocurrency exchange.

“This contribution was unsolicited and the campaign’s upcoming [Texas Ethics Commission] report will show it was returned back on Nov. 4, prior to the news stories that would later come out about the donor,” Evans stated.

In September, a Bloomberg report brought to light practices between FTX and its sister company Alameda Research, also founded by Bankman-Fried, which triggered scrutiny of the two companies.

“Bankman-Fried’s trading giant Alameda rests on a foundation largely made up of a coin that a sister company invented, not an independent asset like a fiat currency or another crypto,” the report stated.

O’Rourke’s campaign also received a $100,000 donation from Nishad Singh, director of engineering at FTX. It is not known if that money was returned.

O’Rourke’s team did not respond to a request for comment.

Jana is an award-winning investigative journalist. She lives in Texas with her husband and enjoys spending time with her children and grandchildren.