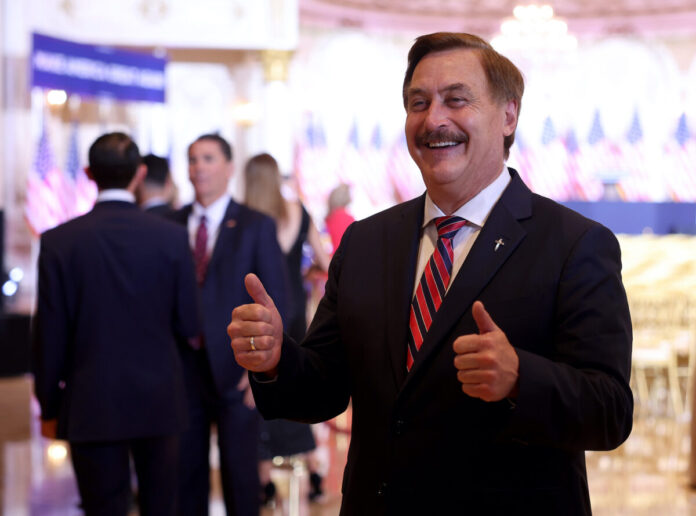 MyPillow CEO Mike Lindell said Friday that he would announce his bid to run for the position of chairman of the Republican National Committee (RNC) on Monday.

“We’ve got to save our country. We can’t have the RNC out there if they can’t change,” Lindell said during an interview on his web program, “The Lindell Report.”

“I’ve said it before, they need to change what they’re doing based on the current footprint in the country. You need a different input to get a different output.”

Lindell’s proposition comes after Ronna McDaniel, the RNC chair since 2017, signaled her intention to seek to lead the party for a fourth term.

“Guys, if you support me running against Ronna McDaniel, please email me,” Lindell said in an earlier interview. He said he wants to hear all feedback, including negative.

“I’ll step into that if God willing,” he added.

Following reports that around 100 RNC members signed a letter supporting McDaniel’s re-election bid, the GOP chair affirmed her bid in a statement obtained by The Hill.

“I’m humbled to have earned the support of over 100 members and officers at this time for my re-election bid,” McDaniel told The Hill.

“I look forward to continue working hard on behalf of the grassroots, in every state and territory, to grow our Party and invest in the critical infrastructure needed to keep the House, take back the Senate, and retire [President] Joe Biden in 2024.”

The RNC member support letter itself was cited in media reports that pointed to a screengrab shared by the Washington Post, which showed only part of a letter without the signature page.

McDaniel’s intention to run for re-election was first reported by Politico, citing anonymous sources who said McDaniel told members on a call she’d run if the committee members wanted her to.

Here is copy of the letter being circulated. pic.twitter.com/IwYRmqhJuG

Rep. Lee Zeldin (R-N.Y.), who lost his gubernatorial race against Democrat Gov. Kathy Hochul in New York, said on Nov. 17 that he was “very seriously considering” running against McDaniel for the GOP chairship.

“Due to the amount of requests I have received from both inside and outside of the 168 about running to be the next Chair of the Republican National Committee, I am very seriously considering your requests and am grateful for your messages,” Zeldin said, adding that it was time for the GOP to “retool” and “transform” in order to win the presidency in 2024.

Zeldin lamented Republicans not winning the U.S. Senate, saying it would mean the southern border would remain unsecured against illegal immigration and “deadly drugs” under the administration of Biden.

He also called for the GOP to examine why they were not as successful across the country as they were in New York and signaled that he could create a red wave in 2024 if he were the GOP chair.

Trump, who earlier this year praised McDaniel in a video to rally conservatives to support her, on Friday shared a post on his Truth Social account from a user who wrote: “Mike Lindell for RNC? Yes please.”

Several months before the midterms, Trump recorded a video for a members-only RNC meeting in Memphis in which he praised McDaniel, saying she was doing “a tremendous job,” but noted, “we have to watch the midterms.”

Trump expressed hope in the video that GOP would have a “tremendous” midterms, but earlier this month, the Republican forecasts of a “red wave” washed out.

The RNC will vote for its next chair in January 2023.