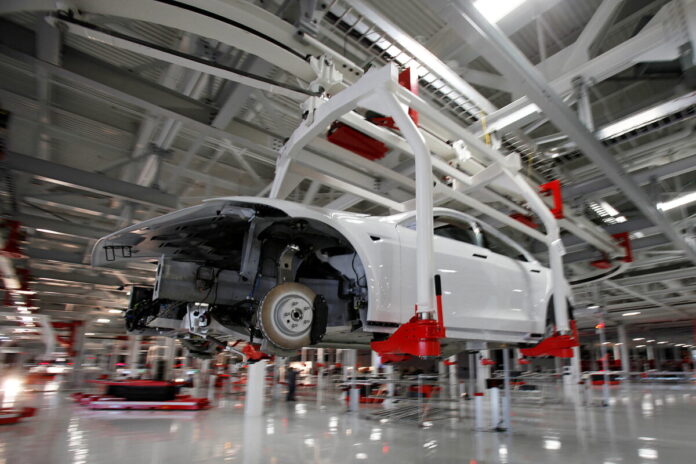 Business activity in the United States fell in November for the fifth consecutive month, with the manufacturing and service sectors registering declines according to a recent report by S&P Global.

The Flash US PMI Composite Output Index was at 46.3 in November, down from 48.2 at the beginning of the fourth quarter, according to a Nov. 23 news release by S&P. This was the “sharpest” rate of contraction since August this year and the quickest since 2009. Levels above 50 indicate an improvement while levels below 50 indicate a contraction. The market consensus was for the Composite PMI to decline only to 47.7 for the month according to data from FX Street.

“Lower output was seen across both manufacturing and service sectors amid increasingly steep downturns in demand. The overall fall in activity was the second-fastest since May 2020 as inflation, rising borrowing costs, and economic uncertainty weighed on demand,” the release said.

The Flash US Services Business Activity Index came in at 46.1, which is less than the 47.8 registered in the previous month as well as below the expected level of 47.9. This is the second-fastest decline on record excluding the initial pandemic phase in 2020.

The services industry is believed to have been impacted by high inflation and interest rates which have negatively affected customer disposable income and thus dented demand conditions.

The Flash US Manufacturing PMI went down from 50.4 in October to 47.6 in November, signaling a “renewed decline” in operating conditions for manufacturers. This is well below the market expectations of 50.

There was a “renewed fall” in output as well as a sharper decrease in new orders. New sales fell by the quickest pace since May 2020.

According to Chris Williamson, Chief Business Economist at S&P Global Market Intelligence, the worsening of business conditions in the country as well as the fall in demand and output at increased rates is “consistent” with the contraction of the American economy by a 1 percent annualized rate.

“Companies are reporting increasing headwinds from the rising cost of living, tightening financial conditions—notably higher borrowing costs—and weakened demand across both home and export markets,” he said in the release.

Meanwhile, the U.S. economy might be heading for a recession, according to the Conference Board Leading Economic Index (LEI) which remained in the red last month. This was the eighth consecutive monthly decline.

The fall in LEI is a reflection of “consumers’ worsening outlook amid high inflation and rising interest rates, as well as declining prospects for housing construction and manufacturing,” Ataman Ozyildirim, senior director, economics, at The Conference Board, said in a Nov. 18 press release.

In a recent interview with CNN, Amazon founder Jeff Bezos said that the United States is either already in a recession or will potentially be in one “very soon.” He advised small businesses and consumers to cut down on risk and hold more cash.