US Crude Oil Inventories Down, SPR Still at Historic Lows, But Other Petroleum Inventories Up: EIA 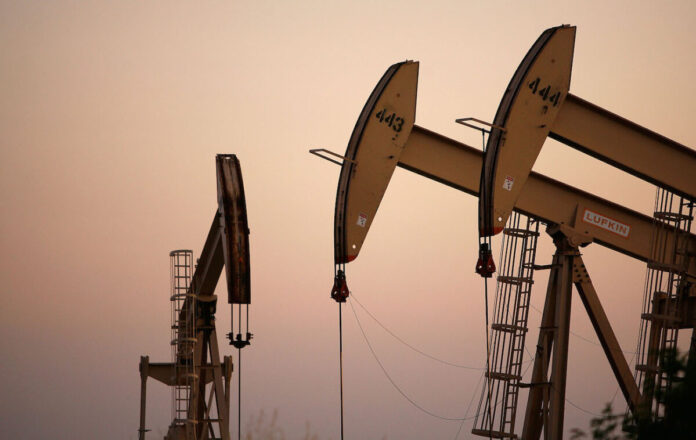 With Thanksgiving approaching, the Nov. 23 weekly report from the Energy Information Administration (EIA) shows that commercial crude oil inventories in the United States fell by 3.7 million barrels–yet inventories of motor gasoline, distillate fuel, and other petroleum products increased, for an overall rise of 3.3 million in total commercial petroleum inventories.

The EIA’s latest numbers covered the week ending Nov. 18. Notably, the EIA’s commercial crude oil data did not include the latest releases from the Strategic Petroleum Reserve (SPR).

In the wake of numerous SPR releases under President Joe Biden, that emergency stockpile has fallen to less than 391 million barrels of U.S. crude oil, as of Nov. 18. The SPR hasn’t been so diminished since 1984.

Congress has described the SPR as “one of the Nation’s most valuable energy security assets.”

In October, Congressional Republicans initiated an investigation of the massive and continuing SPR drawdowns under Biden—the latest of which was announced just weeks before the midterm elections.

“Dipping further into the SPR to cover additional foreign fuel bans or price fluctuations is a short-sighted fix that would inadvertently exacerbate U.S. vulnerability,” the lawmakers wrote.

The EIA’s latest report shows that commercial distillate fuel oil stocks have increased. Those inventories include diesel fuels, which are still in short supply nationally and globally as winter looms.

“Diesel prices are falling gently across the country, to a modest degree, a trend that will likely continue into Thanksgiving and potentially beyond it as well. Cold weather could turn around the recovery, however, so keep an eye on temperatures,” said GasBuddy’s Patrick De Haan in an interview with Newsweek.

The price of West Texas Intermediate (WTI) crude fell over the course of Nov. 23, reaching a low of $76.83 a barrel as of the late afternoon, according to MarketWatch.

That’s near the low end of oil prices over the past year, which topped out above $130 a barrel in March after Russia’s invasion of Ukraine. Crude oil prices rallied again in June 2022.

The EIA’s report comes just a day after the American Petroleum Institute (API) released its own data on the country’s petroleum supply, including crude oil inventories.

Oil companies are legally mandated to report to the EIA. The API’s data, by contrast, are supplied voluntarily, though their market coverage is broadly similar to the EIA’s.

The API found that crude oil inventories declined by 4.8 million barrels in the week ending Nov. 18, as reported by OilPrice.com and other sources.

“The EIA and API can sometimes be a bit off,” said Shubham Garg, the president and CEO of White Tundra Investments, Ltd., a company focused on Canadian oil and gas, in a Nov. 23 message to The Epoch Times.

In Garg’s view, the bigger story is the continued fall in the SPR, though at a lower rate than before.

“Now we enter draw season sitting well below where we ever have been on crude with no excess in gasoline or distillate either,” he said.

Yet, he added that the current gap is “a pretty significant difference.”

“There’s a lot of downward pressure on oil prices because China’s been closing down because of COVID–or that’s their excuse,” he told The Epoch Times in a Nov. 23 interview.

China was busily stockpiling oil during mid-2020 when prices bottomed out amidst a COVID-19 lockdown-driven demand slump.