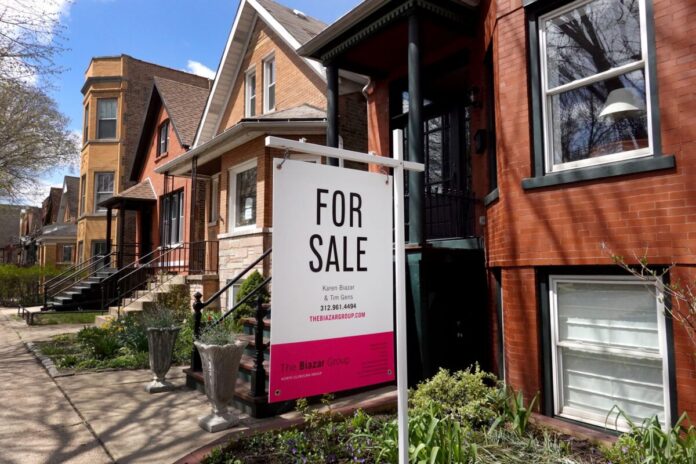 U.S. mortgage rates declined for a second straight week, hitting a two-month low while mortgage applications increased 2.2 percent for the week ending Nov. 18 from a week earlier, according to an industry association, reflecting a slight improvement in the constrained housing market.

“The 30-year fixed-rate mortgage fell for the second week in a row to 6.67 percent and is now down almost 50 basis points from the recent peak of 7.16 percent one month ago,” said Joel Kan, MBA’s Vice President and Deputy Chief Economist.

“The decrease in mortgage rates should improve the purchasing power of prospective homebuyers, who have been largely sidelined as mortgage rates have more than doubled in the past year. As a result of the drop in mortgage rates, both purchase and refinance applications picked up slightly last week. However, refinance activity is still more than 80 percent below last year’s pace.”

The prices for homes have not come down meaningfully, and there is an inventory shortage in the market, so it remains to be seen whether buyers’ enthusiasm will keep up.

The Market Composite Index—a measure of mortgage loan application volume—went up 10 percent on an unadjusted basis. Although the Refinance Index increased 2 percent from the previous week, it remained 86 percent lower compared with a year back.

The decline of mortgage rates over the past two weeks happened as recession fears grow across the economy along with an easing of decades-high inflation. Based on data from Freddie Mac, the rate on a 30-year fixed mortgage averaged 6.58 percent as of Nov. 23, down from 6.61 percent the week before.

“Mortgage rates continued to tick down heading into the Thanksgiving holiday,” said Sam Khater, Freddie Mac’s chief economist. “In recent weeks, rates have hit above seven percent only to drop by almost half a percentage point.

“This volatility is making it difficult for potential homebuyers to know when to get into the market, and that is reflected in the latest data which shows existing home sales slowing across all price points.”

The unadjusted Purchase Index increased 9 percent compared with the previous week and was 41 percent lower than the same week one year ago, according to the MBA report.

“With the decline in rates, the adjustable-rate mortgage (ARM) share of applications also decreased to 8.8 percent of loans last week, down from the range of 10 and 12 percent during the past two months,” Kan said.

Conducted since 1990, the MBA survey covers more than 75 percent of all U.S. retail residential mortgage applications, including mortgage bankers, commercial banks, and thrifts.

The existing-home inventory of 1.22 million units registered at the end of October was down 0.8 percent from the prior month and 1.23 million in 2021. There was a 3.1 months’ supply of homes in September, which has gone up to 3.3 months in October.

“Inventory levels are still tight, which is why some homes for sale are still receiving multiple offers,” National Association of Realtors’s chief economist Lawrence Yun said.