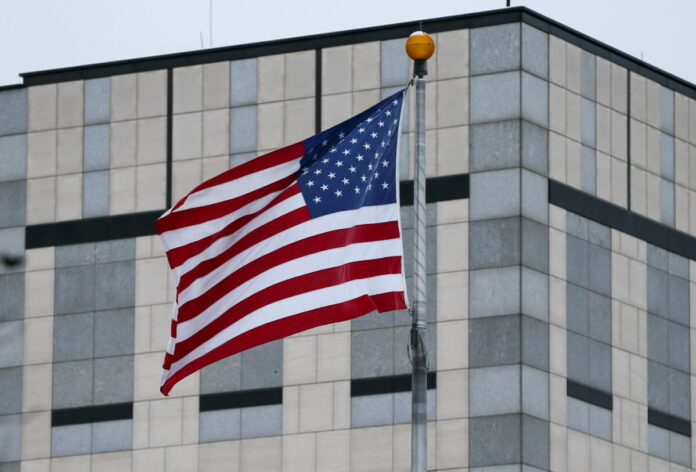 The U.S. Embassy in the Dominican Republic issued a warning to “darker skinned” American citizens due to the island country’s immigration policies amid its attempts to curb illegal immigration from Haiti.

In a bulletin this week, the Embassy wrote that “in recent months travelers to the Dominican Republic have reported being delayed, detained, or subject to heightened questioning at ports of entry and in other encounters with immigration officials based on their skin color.”

“Reports of disparate treatment of U.S. citizens by Dominican authorities are a matter of ongoing concern to the U.S. Embassy,” it added.

Other reports indicated that Dominican immigration agents have carried out “widespread operations” targeting illegal immigrants, namely those from Haiti or Haitian origin. Haiti and the Dominican Republic share the island of Hispaniola.

“In some cases, authorities have not respected these individuals’ legal status in the Dominican Republic or nationality,” the alert said. “These actions may lead to increased interaction with Dominican authorities, especially for darker skinned U.S. citizens and U.S. citizens of African descent. There are reports that detainees are kept in overcrowded detention centers, without the ability to challenge their detention, and without access to food or restroom facilities, sometimes for days at a time, before being released or deported to Haiti.”

The Dominican Republic’s Foreign Affairs Ministry told The Associated Press on Monday that it “profusely rejects” claims in the U.S. Embassy’s alert. The U.S. government has shown “no evidence” of any alleged human rights violations, the ministry also said.

“The Dominican government never could have imagined there would be such a harsh insinuation made about our country,” the ministry told AP.

Following the 2021 assassination of former Haitian President Jovenel Moise, the country has plunged further into chaos amid reports of armed gangs taking control over swaths of the impoverished nation. In response, the Dominican government has ramped up immigration controls and started constructing a border wall in some areas, according to reports.

Dominican officials said they deported 43,900 migrants, mostly Haitians, between July and October. In September and October alone, deportation figures shot up by about 50 percent, AP reported.

The United Nations this week alleged the Dominican Republic expelled about 1,800 unaccompanied Haitian children to Haiti in recent weeks.

Venancio Alcantara, director of the Dominican Republic’s migration authority, also denied the U.N.’s allegations and said his agency allows minors to be “with their parents at all times.”

“All deportations are carried out with complete and absolute respect for human dignity and human rights,” Alcantara wrote in a statement Tuesday.

Meanwhile, another U.N. official noted that criminal gangs control about 60 percent of the Haitian capital of Port-au-Prince. At the same time, the impoverished country is dealing with a cholera epidemic.

Ulrika Richardson, the U.N.’s resident and humanitarian coordinator in Haiti, told reporters Wednesday that 195 murders were recorded last month. Gangs are using violence and criminal activity to “instill fear and to punish and to terrorize the local populations,” adding that “they do this in order to expand their influence throughout the capital.”

The alert comes as authorities in Mexico urged the United States to change its travel alerts to several states due to reports of kidnappings and violent crime.

Currently, the U.S. State Department is urging Americans not to travel to six Mexican states: Colima, Guerrero, Michoacan, Sinaloa, Tamaulipas, and Zacatecas due to crime and kidnapping. Americans should “reconsider travel” to seven other states, including Baja California, due to reports of crime and kidnapping, the agency says.

But in a recent news release, Mexico’s tourism wrote that the United States should change its warnings to “detail the areas that could represent problems and not generalize, as some isolated cases of insecurity are numerous kilometers from tourism destinations,” according to a translation.

The embassy, in an August alert, warned Americans about an increased risk of kidnapping in some Mexican states amid a spike in cartel violence.

“U.S. citizens are advised to adhere to restrictions on U.S. government employee travel. State-specific restrictions are included in the individual state advisories below,” the notice said. “U.S. government employees may not travel between cities after dark, may not hail taxis on the street, and must rely on dispatched vehicles, including app-based services like Uber, and regulated taxi stands.”

U.S. government workers were also urged to avoid traveling alone or traveling in remote areas, the bulletin had said.

At one point over the summer, the violent Jalisco New Generation Cartel issued a declaration of a curfew in Tijuana, a major Mexican city located just next to San Diego, California. Members of the cartel also reportedly set buildings and cars on fire.