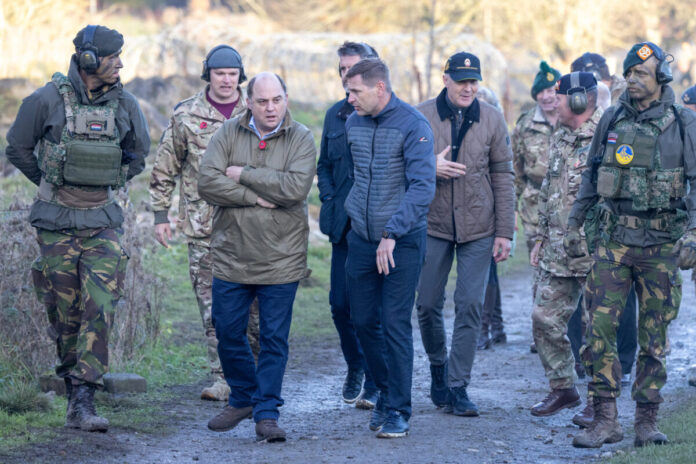 The UK’s military has again reaffirmed its commitment to Ukraine by sending more aid to the war-torn country.

During a visit to Norway, defence secretary Ben Wallace confirmed his “unwavering” support and, for the first time since Russia’s invasion, the UK will send Sea King helicopters to Ukraine.

In addition to the aircraft, Wallace confirmed the UK would provide an extra 10,000 artillery rounds, so Ukrainian troops could “secure the land it has reclaimed from Russia in recent weeks.”

As the weather changes, the UK also committed to supplying winter kits to Ukrainian troops as temperatures can fall below minus 20 degrees C. Wallace’s comments were made as he was hosting the Northern Group of defence ministers onboard the British aircraft carrier HMS Queen Elizabeth. The group was expected to address the implications of the Russian invasion as well as Sweden and Finland’s applications for NATO membership.

Over the past six weeks, the Royal Navy has provided training to operate the Sea King helicopters for 10 crews of the armed forces of Ukraine and their engineers as NATO member countries have so far refused to send their forces into Ukrainian territory.

Russian President Vladimir Putin has made it clear that any physical intervention of NATO troops entering Ukraine and targeting Russian troops would be seen as a “global catastrophe.”

It comes as Russian attacks on Ukraine continue, with a rocket destroying a hospital maternity ward in the southern city of Vilniansk, killing a 2-day-old baby, with the country’s first lady condemning the action and vowing Ukrainians “will never forget and never forgive.”

In recent weeks Russian forces have retreated from strategic cities following an advancement from Ukrainian troops, including the key city of Kherson, which is seen as a gateway to the Black Sea.

Russia has changed its strategy and has concentrated on attacking significant infrastructure such as the country’s grid, which has caused widespread blackouts.

Since the start of Russia’s invasion of Ukraine, the UK has been a staunch military ally of the country and remains the second-biggest donor after the United States. Former Prime Minister Boris Johnson was one of the first Western leaders to pledge support and after his exit from Downing Street, his successor Liz Truss reaffirmed the UKs commitment. And less than one month after taking office, on Nov. 19, Prime Minister Rishi Sunak made a surprise visit to meet Ukrainian President Volodymyr Zelenskyy, where he announced a £50 million ($60 million) air defence package.

So far, the UK has given about £2.3 billion ($2.7 billion) in military aid, and despite questions being raised by some Western backers on how long they can continue supporting the invasion, Sunak confirmed, “We’ll do the same again next year.”