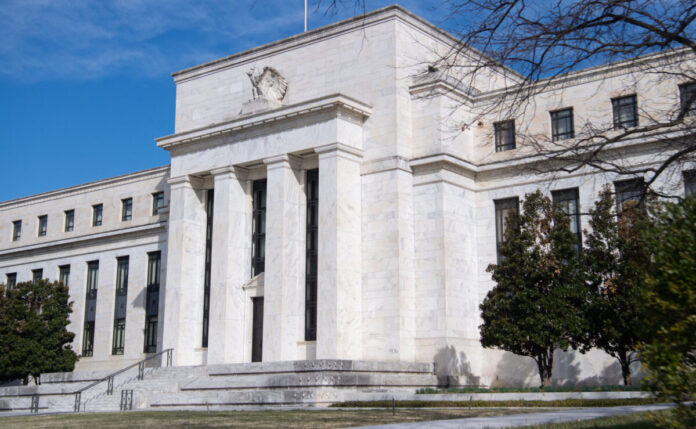 The Federal Reserve does not believe inflation pressures are easing, according to minutes from the November Federal Open Market Committee (FOMC) policy meeting.

Meeting participants noted that inflation risks were “skewed to the upside,” adding that “a persistent reduction in inflation could require a greater-than-assumed amount of tightening in financial conditions.”

With risks to real activity in the economy amid deteriorating conditions, the Fed touched upon the possibility of a recession in 2023.

“The staff, therefore, continued to judge that the risks to the baseline projection for real activity were skewed to the downside and viewed the possibility that the economy would enter a recession sometime over the next year as almost as likely as the baseline,” the minutes stated.

Despite FOMC participants thinking that there were few signs of slowing inflation, the central bank believes it would be prudent to adopt a slower pace of rate hikes to let policymakers assess the progress the Fed is making toward its objectives.

A majority of FOMC members agreed that slowing down would soon be an appropriate decision.

As interest rates march toward a “sufficiently restrictive” level, officials agreed that the final destination of the federal funds rate is far more vital than the percentage. They also averred that moving ahead with a 75-basis-point increase was critical to ensuring that the central bank would accomplish its goal of restrictive monetary policy.

“Members anticipated that ongoing increases in the target range would be appropriate in order to attain a stance of monetary policy sufficiently restrictive to return inflation to 2 percent over time,” the minutes noted.

Earlier this month, the Fed raised interest rates by 75 basis points to a target range of 3.75 to 4 percent. It was the sixth rate hike in 2022 and the fourth consecutive three-quarter-point increase. The benchmark federal funds rate is now the highest since January 2008.

The FOMC statement suggested that economic conditions potentially pointed to slowing down the pace of hikes.

The October annual inflation rate eased to 7.7 percent, and the core inflation rate, which eliminates the volatile food and energy sectors, also slowed to 6.3 percent.

But there was confusion between what the rate-setting Committee stated and what Fed Chair Jerome Powell told reporters during the post-meeting press conference. At one point, Powell revealed that the central bank could slow its tightening cycle as early “as the next meeting or the one after that.”

Powell added that hitting the pause button is “premature.”

“It’s very premature to be thinking about pausing,” he said.

In recent weeks, multiple Fed officials have discussed the possible trajectory of monetary policy heading into 2023.

Minneapolis Fed Bank President Neel Kashkari explained during a Chamber of Commerce event that it needs to keep raising rates until policymakers are certain that inflation has stopped increasing. St. Louis Fed Bank President James Bullard purported that the fed funds rate may need to rise to as high as 7 percent to bring down inflation. Boston Fed chief Susan Collins told CNBC that all rate-hike increments need to be on the table in December.

Powell is scheduled to speak about the economy and labor market on Nov. 30 during a Brookings Institution talk.

According to the CME FedWatch Tool, the financial markets are mostly betting that the institution will pull the trigger on a 50-basis-point rate hike next month, bringing the target range to 4.25 and 4.50 percent.

Investors are optimistic that the Fed’s ultra-hawkish stance on monetary policy could be subsiding. Over the last month, the Dow Jones Industrial Average has rallied nearly 7 percent. The Nasdaq Composite Index has added roughly 2 percent, while the S&P 500 has risen close to 5 percent.

Does this mean the bottom already occurred? Not so, says Peter Boockvar, the CIO at Bleakley Advisory Group.

“I think the biggest surprise is that this market still going to grind lower next year and that we have not seen the bottom,” Boockvar told Magnifi+, an AI-investing and trading platform. “Lower prices will be attractive, but I think it’s way too premature to think that the worst is over. And that just because the Fed is almost done raising interest rates that it’s all clear. To me, we’re just entering the second phase of this bear market.”

Based on the significant drop in the U.S. dollar and the slide in the benchmark 10-yer Treasury yield, James Knightley, the chief international economist at ING, believes the Fed may renew its aggressive talk.

“However, we are a little nervous that the 7% fall in the dollar against the currencies of its main trading partners and the 45bp drop in the 10Y Treasury yield is leading to a significant loosening of financial conditions—the exact opposite of what the Fed wants to see as it battles inflation,” he wrote in a note on Wednesday. “Consequently, we wouldn’t be surprised to see the Fed language become even more aggressive over the coming week, talking about a higher terminal interest rates—with some of the more hawkish members perhaps even opening the door to a potential fifth consecutive 75bp hike in December to ensure the market gets the message.”

Without any substantial change in data, the Fed might not know what it intends to do after the December FOMC meeting, according to Christian Hoffmann, a portfolio manager & managing director at Thornburg Investment Management.

“I suggest that investors, too, don’t listen to the Fed; they aren’t in a position where they can be honest,” he said.

Andrew Moran has been writing about business, economics, and finance for more than a decade. He is the author of “The War on Cash.”