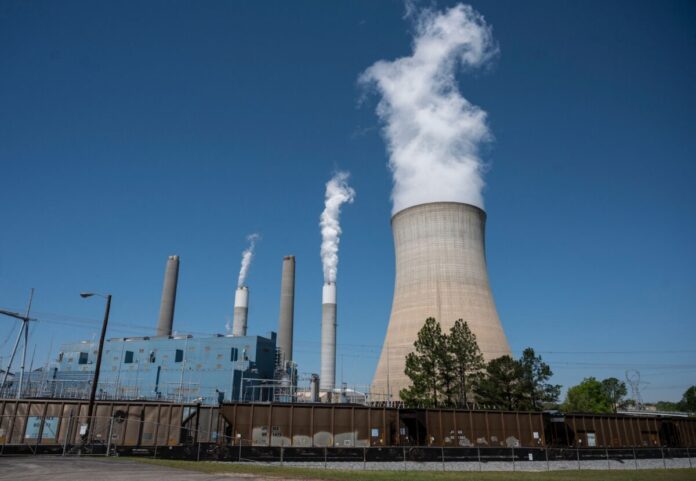 Frequent blackouts throughout the United States would become more likely if the drive to replace fossil fuels with unreliable “green” energy goes through, warned a federal regulatory official.

The Biden administration’s policy to replace traditional sources of energy with wind and solar would push the national power grid to the brink of a double crisis, said Mark Christie, a member of the Federal Energy Regulatory Commission (FERC).

Christie, one of the two Republicans on the five-member committee, claims that the move will make electricity unaffordable for millions, while boosting the chance of more blackouts, in an interview with Bloomberg.

FERC is currently developing new regulations that would determine how America’s aging power grid could be improved, in order to better withstand problems such as extreme weather conditions, which are claimed to be caused by climate change.

He is expected to be a critical tie-breaker on the commission, after Chairman Richard Glick departs when his term expires at the end of the year.

A former utility commissioner from Virginia, Christie spent his summers during college working as a West Virginian coal miner.

Blackouts Expected to Hit Throughout the Northeast

Already, large areas of the country are facing the specter of blackouts this winter, as coal and natural gas supplies tighten, according to the North American Electric Reliability Council (NERC).

New England will likely see the highest utility bill increases in the country and the likelihood of massive blackouts.

Bouts of extreme cold weather may stress power grids by causing demand to soar while supplies of natural gas, coal, and oil remain tight, increasing the chance of failure, according to the NERC, which oversees blackout risk assessments.

Christie referred to the NERC study to back his mounting concerns over the reliability of the power supply.

Meanwhile, the commissioner said that nuclear, natural gas, and coal plants are being shut down by the current administration “at an unsafe pace” to force Americans to accept the transition to wind and solar.

“The red lights are flashing everywhere,” Christie told Bloomberg, explaining that “we’re not going to have sufficient power supply.”

Christie said that he does not oppose renewable energy as a way to lower carbon emissions, but he believes that the rush to embrace this unreliable technology is not realistic.

Additional transmission lines are needed to improve the transfer of power across the country, he explained.

The commissioner also said that it may be a challenge to keep power costs at an acceptable level for consumers during the transition.

He said that the federal government should encourage further investment in natural gas infrastructure to replace the planned elimination of coal power and keep the grid running.

FERC has the sole power to approve any transmission line over the objections of state officials, while the Energy Department is working to declare swaths of land to act as energy transmission corridors.

Congress is currently reviewing legislation that would strengthen federal transmission siting even more, which Christie sees as unnecessary.

“I do not think, as a matter of policy—if Congress wants my opinion—that we should be in the siting of transmission lines,” Christie said.

“I fear for whether we are going to have the public support to engage in the investments that I know we are all going to have to have,” said Christie.

However, he also recommended that the states need to step up if given more authority to approve transmission lines, to ensure that consumers avoid higher costs.

Another story by Bloomberg reported on the failed promise that renewable energy in the form of wind and solar technology would be cheaper, hurting the reputation of the clean energy companies.

It reported that the power purchase agreements on the costs of wind and solar have actually risen since 2019 and would have been worse without government subsidies.