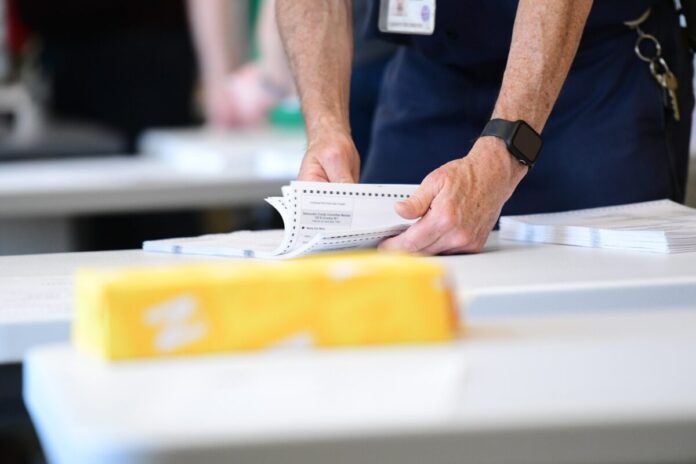 Pennsylvania counties can help voters “cure” mail-in ballots to fix defects, a judge in the state has ruled, rejecting an attempt to block counties from doing so in the upcoming midterm election.

The Republican National Committee (RNC) and other parties, which filed a petition over the matter on Sept. 1, “have not proven that there is a clear violation of the Election Code or the law interpreting the Election Code,” Pennsylvania Commonwealth Court Judge Ellen Ceisler said in an opinion on Thursday.

The petition pointed to a Pennsylvania Supreme Court ruling in 2020 that found that state election code enables voters to vote by mail but “does not provide for the ‘notice and opportunity to cure’ procedure” that was sought by Democrats.

Setting rules on fixing ballots “is one best suited for the Legislature,” the unanimous ruling stated.

“The Legislature has addressed the issue of when Boards may provide notice and an opportunity to cure a non-compliant mail-in or absentee ballot,” Republicans said in the petition. “The Election Code currently provides a cure procedure in only a limited circumstance: “[f]or those absentee ballots or mail-in ballots for which proof of identification has not been received or could not be verified.’ And even in that circumstance, the voter may cure only the lack of proof of identification and not any other defect.”

That means that the county boards that have been issuing procedures to cure ballots are in violation of the ruling, the Republicans said.

But Ceisler, a Democrat, said that the Republicans have not proven they are likely to succeed or that the counties are violating election code or the law interpreting the code.

“A review of relevant and recent case law indicates that notice and opportunity to cure procedures implemented by County Boards have generally been accepted in order to fulfill the longstanding and overriding policy in this Commonwealth to protect the elective franchise. The courts have held that any doubt about whether the Election Code authorizes County Boards to implement notice and cure procedures must be resolved in favor of preventing the inadvertent forfeiture of electors’ right to vote,” Ceisler wrote.

She also said that Section 302 of the code lets county boards implement curing procedures at their discretion “to ensure that the electoral franchise is protected.”

Further, blocking the procedures already in place “would clearly cause greater injury than refusing the injunction,” the judge said, since voting in the midterm election is underway.

Republicans have appealed the decision to the Pennsylvania Supreme Court.

“Voters in Pittsburgh should have the same election rules as voters in Philadelphia, and Pennsylvania’s Constitution is clear that voting laws should be set by the legislature, not unelected bureaucrats,” Republican National Committee chair Ronna McDaniel said in a statement to the Philadelphia Inquirer. “Allowing some counties to operate differently than others undermines the rule of law. Republicans will continue fighting to ensure that Pennsylvania’s voters are treated equally regardless of where they live.”