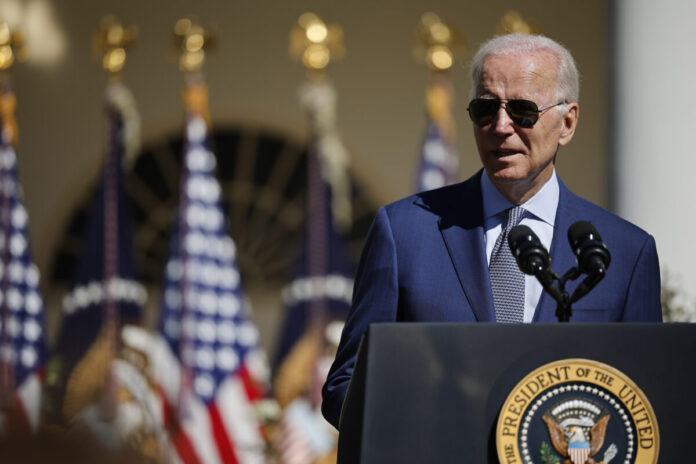 The Biden administration on Sept. 29 released a strategic framework for the Pacific Islands, the first-ever document of its kind. The move came amid heightened actions by the Chinese regime to bring the region under its influence.

The White House said in a statement that the Pacific Partnership Strategy (pdf) would help to increase engagement and prosperity in the region, as well as undergirding national security interests.

“The United States is a Pacific nation, with its homeland including the Commonwealth of the Northern Mariana Islands, Guam, American Samoa, and Hawai’i,” the document stated.

“U.S. prosperity and security depend on the Pacific region remaining free and open.”

The strategy noted the increasing role played by the Chinese regime in the region.

“[P]ressure and economic coercion by the People’s Republic of China, … risks undermining the peace, prosperity, and security of the region, and by extension, of the United States,” it stated.

Notably, the strategy outlines the Pacific Islands as a “sub-region of the Indo-Pacific,” likely marking it as falling under the auspices of the previously-released Indo-Pacific Strategy. That strategy outlined that the United States would focus on developing allies and partnerships to ensure the region remained free and open, prosperous, secure, and resilient in the face of increasing global competition.

Despite that focus, the new strategic framework underscores that it is not targeting any adversary but seeking to positively develop the region by shoring up alliances and increasing trade and cooperation.

“We have an interest in maintaining free, open, and peaceful waterways in the Pacific in which the rights to the freedom of navigation and overflight are recognized and respected, people are prioritized, trade flows are unimpeded, and the environment is protected,” the document stated.

“We also have an interest in ensuring that growing geopolitical competition does not undermine the sovereignty and security of the Pacific Islands, of the United States, or of our allies and partners.”

In all, the document said that the administration would seek to increase U.S. commitments in the region, forge economic relations, build capacity to support local powers, bolster regionalism, and work with partners to develop and protect security and sovereignty for the Pacific Islands.

The release of the strategy came during the second and final day of the first-ever U.S.-Pacific Island Summit in Washington during which the White House affirmed that it would dedicate more than $810 million in expanded programs to aid the Pacific islands. The U.S. has provided upwards of $1.5 billion to support the Pacific Islands over the past decade, according to a senior administration official.

Washington’s diplomatic initiative came after increased efforts by the Chinese regime to bolster its economic and security ties with Pacific Island nations. Most notably, Beijing signed a security pact with the Solomon Islands in April, triggering pushback and alarm from the United States and allies in the region concerned about China’s increasing military footprint in the region.

“In this decisive decade, we will draw ourselves closer to the Pacific Islands, individually and regionally; coordinate more efficiently with our allies and partners; and create opportunities and work together to address threats to the region—the climate crisis most of all,” the document stated.