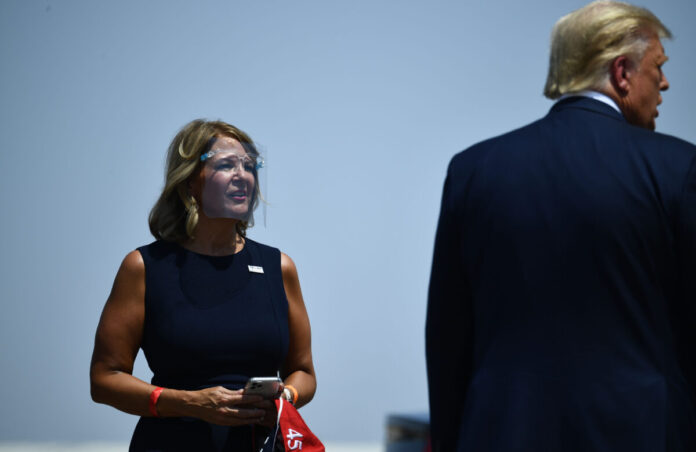 A federal judge has dismissed a lawsuit to quash a subpoena issued by the House January 6 committee for the phone records of Arizona GOP Chairwoman Kelli Ward.

This comes after the committee earlier this year issued subpoenas to people with knowledge of efforts to send alternative Republican electors to Washington in support of then-President Donald Trump in the 2020 general elections.

In December 2020, Republican electors in seven states, including Arizona, cast alternative Electoral College votes for Trump. Ward has previously said that from their perspective, they represented the legitimately cast votes in those elections, which she said were marred by irregularities and allegations of fraud.

Ward and her husband were among 14 of 84 of these alternative electors who disputed the results of the general elections.

The committee investigating the events of Jan. 6, 2021, at the U.S. Capitol sought Ward’s and her husband’s phone records for the three months leading up to January 2021.

“That three-month period is plainly relevant to its investigation into the causes of the January 6th attack. The Court therefore has little doubt concluding these records may aid the Select Committee’s valid legislative purpose,” Humetewa said in her ruling (pdf).

T-Mobile contacted Ward’s medical practice on Jan. 25 to inform them that the House committee sent a subpoena for their phone records for the three-month period from Nov. 1, 2020, to Jan. 31, 2021.

The committee requested information about, among other things, the name, address, email, contact information, authorized users, length of the service, device serial, and ID numbers associated with the account.

Ward pushed back on this, arguing that would violate their rights under the First and Fourteenth Amendments of the U.S. Constitution, as well as patient confidentiality and other related laws, but the judge dismissed those claims.

Humetewa, in her ruling, noted that the court had limited power in reviewing Congress’s investigative power.

“Although Congress has no enumerated investigative power, the Supreme Court has recognized that each house of Congress has the power ‘to secure needed information’ to legislate,” she wrote.

“Congressional subpoenas, issued in furtherance of Congress’s investigative power, must have a ‘valid legislative purpose.’ … This means the subpoena must be ‘related to, and in furtherance of, a legitimate task of the Congress’ such as pursuing a ‘subject on which legislation could be had.’”

The judge said that because the committee’s subpoena was in furtherance of its legislated purpose to investigate and report back on the events surrounding Jan. 6, 2021, it was allowed to issue the subpoena.

The committee has sued to obtain testimony from a number of reluctant witnesses, including former White House chief of staff Mark Meadows, attorney John Eastman, and Trump himself.

Ward has argued that the committee lacks legislative authority to carry out its investigations and describes it as a witch hunt targeting supporters of Trump who exercised their First Amendments rights to question the results of the 2020 general elections.

In her lawsuit, Ward had argued that it was public knowledge that Republicans sent a competing slate of electors from Arizona to Washington, D.C., and that “no investigation is necessary to confirm this.” Therefore, according to Ward, the committee’s subpoena was issued to harass her for exercising her First Amendment rights.

But the judge dismissed these arguments, citing and agreeing with a D.C. Circuit Court which had already ruled in another case that the committee has a “valid legislative purpose.”

Humetewa said the committee accords with its purpose to use the findings of its investigation to propose legislative measures.

“Indeed, the Select Committee’s purpose is to ‘issue a final report to the House containing such findings, conclusions, and recommendations’ for such ‘changes in law, policy, procedures, rules, or regulations’ as the Committee ‘may deem necessary,’” she wrote.

The judge’s ruling stated that while Congress need only set a low bar to establish a valid purpose for the committee, that to impeach that committee Ward must overcome a “formidable bar,” which the ruling stated Ward did not.