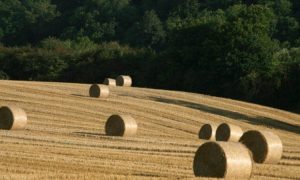 Echoing conflicts from Sri Lanka to Canada to the Netherlands, tensions between farmers and green-minded government policymakers are building in the United States, where producers are squaring off against a costly proposed federal mandate for greenhouse-gas reporting from corporate supply chains.
The U.S. Securities and Exchange Commission in March proposed requiring large corporations, including agribusinesses and food companies, to report greenhouse gas emissions down to the lowest rungs of their supply chains as a means of combatting climate change, which environmental campaigners contend imperils the planet and life on it.
Reporting such indirect, “scope 3” emissions would require corporations to demand data on the use of fuel, fertilizer, pesticides, and other chemicals from small-scale farmers who say they lack the personnel and resources to comply. The challenge has been led by the powerful American Farm Bureau Federation and its state affiliates, whose representatives have met with SEC officials and organized their lobbyists in Washington….