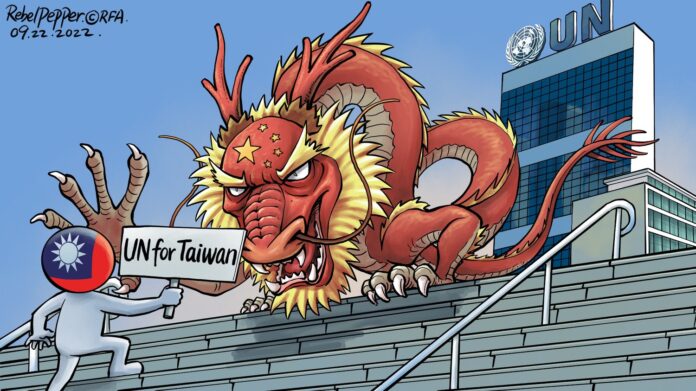 China, which claims Taiwan as part of its territory, has worked for more than 50 years to prevent recognition of the self-governing island as a sovereign state and its membership in the United Nations or its suborganizations. Supporters of Taiwan say it is a travesty to allow Beijing block participation by a democratic government whose values and behavior are closer to the spirit of the UN Charter than China’s.