UK Will Be ‘Fully Equipped’ to Tackle Challenges From China and Russia: Truss 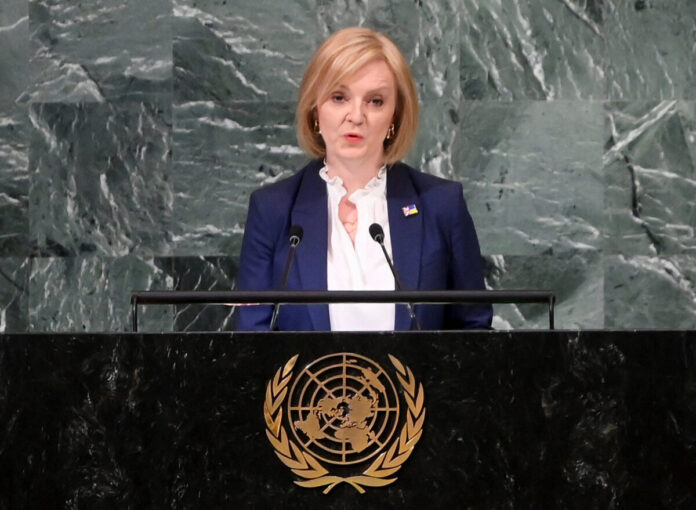 The UK will update its security and foreign policies to be “fully equipped” to tackle the challenges posed by China and Russia, Prime Minister Liz Truss has said.

Truss, who is attending a United Nations summit in New York, highlighted the threats to the international order posed by authoritarian states and said the West must build “new partnerships around the world” in the ongoing struggle between democracies and autocracies.

According to Downing Street, at a meeting with U.S. President Joe Biden on Wednesday, the two leaders “discussed the increased threat posed by autocracies” to Western values and the international system.

Truss updated Biden on the UK’s plans to update its Integrated Review of security and foreign policies to ensure “the UK is fully equipped to tackle the evolving challenge from countries like China and Russia,” said a Downing Street spokesperson.

“The leaders stressed the need to end over-reliance on authoritarian states in terms of our energy, technology, and manufacturing supply chains,” the spokesperson added.

During her address to the U.N. General Assembly later on Wednesday, Truss said that the principles of sovereignty and self-determination, on which the international organisation was founded, “are fracturing” as “authoritarian states are undermining stability and security around the world.”

“There is a real struggle going on between different forms of society—between democracies and autocracies. Unless democratic societies deliver on the economy and security our citizens expect, we will fall behind,” Truss said, adding that the West must demonstrate that “democracy delivers.”

The prime minister said the UK is “building new partnerships around the world” from Europe to the Indo-Pacific.

“Rather than exerting influence through debt, aggression, and taking control of critical infrastructure and minerals, we are building strategic ties based on mutual benefit and trust,” she said.

Truss has reiterated the UK’s support for Ukraine’s resistance against the Russian invasion and called for continued international solidarity with the war-torn country.

The prime minister told fellow world leaders that the UK will spend 3 percent of GDP on defence by 2030, repeating a promise she made when she campaigned to become leader of the Conservative Party.

She also drew an explicit link between the war in Ukraine and the energy crisis facing the UK and countries across Europe, as she promised not to be “coerced or harmed” by cutting off “toxic power and pipelines” from authoritarian regimes.

“We will ensure we cannot be coerced or harmed by the reckless actions of rogue actors abroad,” she said.