7 Killed in Landslides in El Salvador After Days of Rain 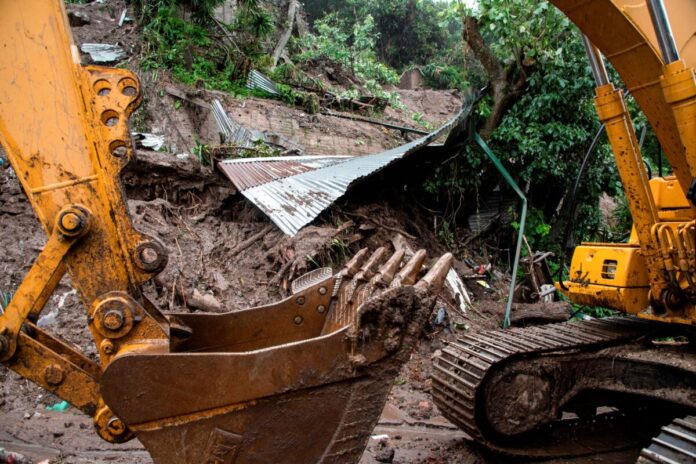 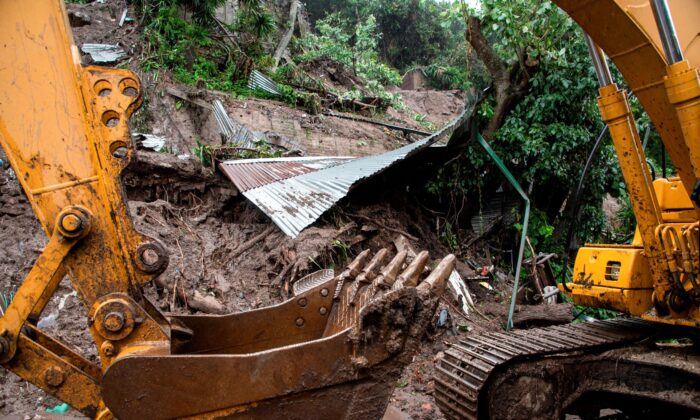 A bulldozer digs and removes debris during the search for seven people who were buried by a landslide due to the heavy rains caused by Tropical Storm Cristobal, in Santo Tomas, southern San Salvador, on June 4, 2020. (Yuri Cortez/AFP via Getty Images)

Two people died in Panchimalco about 11 miles (18 kilometers) south of the capital and a family of five perished in the municipality of Huizucar, also south of San Salvador, Civil Defense Director Luis Alonso Amaya said.

In the Huizucar incident, three of those killed were children. The family’s home in the community of La Pedrera was left completely buried by mud.

In Panchimalco, two people were rescued and taken to a hospital where they died.

Authorities declared an alert in 29 coastal municipalities and for all municipalities in the department of San Miguel in the east of the country. They told residents to heed calls to evacuate areas if told.