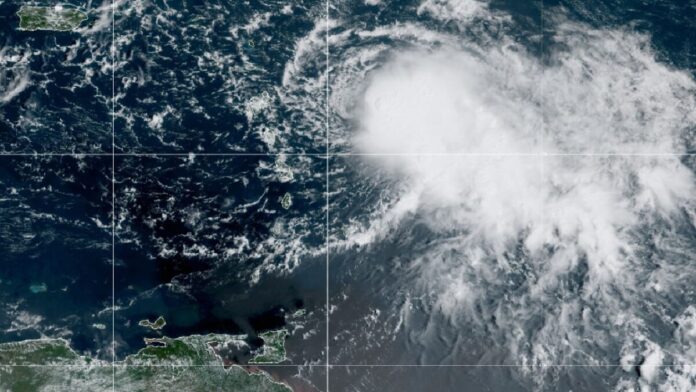 Hurricane Fiona on Wednesday reached Category 4 with 130 mph winds as forecasters say the storm is slated to pass near the island of Bermuda later this week.

Forecasters with the National Hurricane Center (NHC), in an 8 a.m. ET update, wrote that Fiona is moving directly north at around 8 mph. A hurricane watch and tropical storm warning are in effect for Bermuda, said the agency, noting that interests in northeastern Canada should monitor the storm’s progress.

“This general motion is expected to continue through this evening. A turn toward the north-northeast with an increase in forward speed is expected by Thursday. On the forecast track, the center of Fiona will continue to move away from the Turks and Caicos today, and approach Bermuda late on Thursday,” said the NHC.

By Saturday, Fiona—or remnants of the storm—will impact the Canadian provinces of Newfoundland and Nova Scotia. The storm will remain far away from the U.S. East Coast, although the NHC said Fiona will bring dangerous rip currents to U.S. beaches.

“Swells will continue to spread westward across the southwestern Atlantic toward the northwestern Bahamas and the east coast of the United States during the next day or two. Swells from Fiona are expected to reach Bermuda by early Thursday,” said the hurricane monitoring agency. “The swells could cause life-threatening surf and rip current conditions. Please consult products from your local weather office.”

An estimated 1.2 million homes and businesses remain without power in Puerto Rico Wednesday morning after Fiona slammed into the island on Sunday, causing an island-wide power outage for its roughly 3.3 million people. Other than Puerto Rico, Fiona also brought damage to the eastern portion of the Dominican Republic and the Turks and Caicos islands.

Poweroutages.com, which estimates power outages based on data from utilities, said 1.168 million customers were still without service early Wednesday based on what it called the limited information available from LUMA Energy, which operates Puerto Rico’s power grid.

The company said that a “full restoration could take several days.”

The storm comes five years after Puerto Rico was ravaged by Hurricane Maria, which triggered the worst power blackout in U.S. history.

“The president said that he will ensure the federal team remains on the job to get it done,” the White House said in a statement.

Reuters contributed to this report