A Year After AUKUS, What Challenges Loom Largest? – The Diplomat 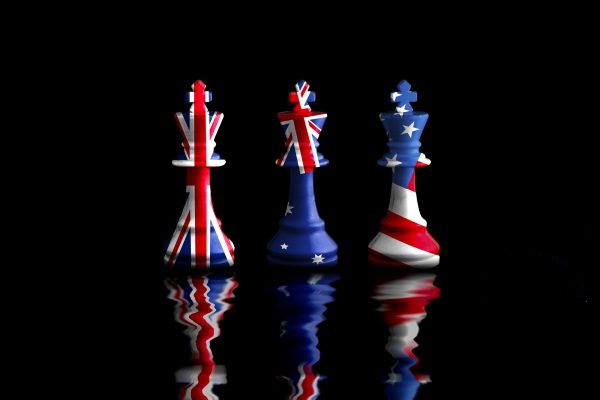 It has been a year since the announcement of the AUKUS agreement between Australia, the United Kingdom, and the United States. The central feature of the agreement – and to date the only real acknowledged feature – is the creation of a new nuclear-powered submarine fleet for Australia. When delivered it will dramatically increase Australia’s naval capabilities, facilitating its desire to be a major maritime presence in both the Pacific and Indian Oceans. However, at present the agreement looks to be causing more headaches than advantages for Canberra.

The initial problem with the provision of nuclear-powered submarines is that it requires Australia to become the first non-nuclear weapons state to remove material from the inspection of the International Atomic Energy Agency (IAEA) — the agency that verifies non-nuclear weapons states are not using nuclear material to build weapons. Australia will exploit a loophole in the Nuclear Non-Proliferation Treaty (NPT) that allows for the transfer of nuclear material for military use, so long as it is not used for explosive devices.

A report issued to member states in the past week by the IAEA stated that it was satisfied with the current level of engagement shown by the AUKUS partners concerning the current technical details of the arrangement. This is unsurprising, as Australia was always going to be keen to maintain transparency and adhere to the strictest safeguards. However, the report has predictably angered China, which has sensed an opportunity to try and isolate Australia with concerns about nuclear non-proliferation (even though it is widely understood that China assisted Pakistan to develop nuclear weapons).

Yet it is Indonesia’s concerns that Australia should be troubled by. Ahead of the United Nations conference of Non-Proliferation of Nuclear Weapons Treaty in August, a leaked submission from Indonesia argued that sharing nuclear technology for military purposes, even if not for explosive devices, contradicted the spirit and objectives of the NPT. Although Indonesia did not name Australia, there is only one transfer of material for such purposes currently proposed.

Indonesia is arguably Australia’s most important bilateral relationship. An intimate and friendly relationship with Jakarta built on transparency and trust buys Australia greater security than any advanced defense capability. The AUKUS agreement looks to have undermined some of the transparency and trust Canberra has worked hard to build with Indonesia over the past two decades.

The other major partner Australia has upset through the AUKUS agreement has been France. Given that France has a significant presence in the Pacific, and shares a maritime border with Australia in the Coral Sea, far greater care and respect should have been demonstrated when deciding to cancel the contract for France’s Naval Group to build a fleet of diesel-powered submarines for Australia.

President Emmanuel Macron launched France’s Indo-Pacific strategy in Sydney in 2018, rather than from one of France’s territories in the region. This should have given Canberra an indication of the central position Australia occupied in France’s regional vision. To humiliate France in the way Australia did through a bumbling execution of the AUKUS agreement was a massive strategic blunder.

There is also one glaring capability issue that the acquisition of nuclear submarines creates. As former Prime Minister Malcolm Turnbull detailed in a response to a recent major essay by Hugh White: Due to Australia not having its own domestic nuclear industry, the operation of nuclear powered submarines – most likely to be purchased from the U.S. rather than the U.K. (although this itself has hurdles) – “could not be safely operated other than under the supervision of the US Navy. This means an abandonment of Australian sovereignty.”

This presents an obvious problem in principle, but an even greater problem in practice due to the current unreliable nature of the United States. The Republican Party no longer shares Australia’s values, and this will affect what they see to be America’s interests should they reclaim either Congress or the presidency. Their current obsession with internal enemies diminishes their ability to understand the United States’ global responsibilities – opposition to assistance for Ukraine is presently concentrated in the party, for example. This is an enormous foreign policy dilemma for Australia, and one that becomes even bigger should the centerpiece of Australia’s defense capability be reliant on a U.S. whose future is unpredictable at best, and dangerous at worst.

As last week’s IAEA report indicated, progress is being made with the administrative aspects of the AUKUS deal, but Australia will need to speed up the delivery timetable to avoid a capability gap between 2035 and 2040, when it may have no operational submarines. Should the venture be successful, the acquisition of eight nuclear-powered submarines would make Australia a serious blue water naval power.

The current costs to achieve this objective may eventually prove worth it. But with the bumbling execution of the AUKUS agreement Australia hasn’t made it easy for itself.