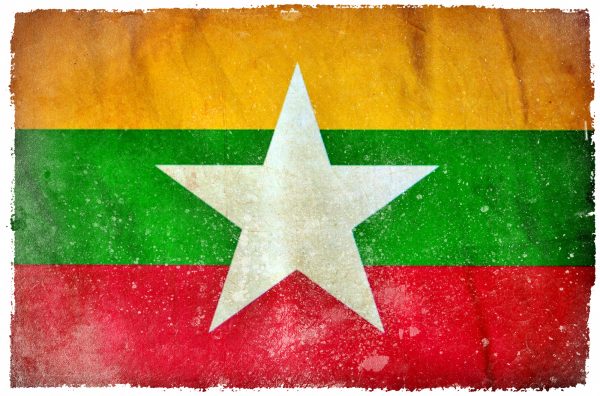 Last week, your columnist sat at an academic conference listening to a talk on global responses to the Myanmar coup. What do other Southeast Asians think about the coup? How have Western powers reacted to the coup? It all seemed so outdated. Give ear to comments from not just ASEAN but the United States and the European Union. A joint statement issued in July by the European Union, Australia, Canada, Japan, New Zealand, Norway, South Korea, Britain and the United States noted: “We support the people of Myanmar in their aspirations for freedom and democracy and call on the [military] regime to end the use of violence, respect the will of the people, and restore the country’s path toward democracy.” An ASEAN statement the same month read: “ASEAN remains resolved to assist Myanmar’s return to normalcy and democratic transition and to find a peaceful political solution to the current crisis through inclusive dialogue.”

Note, if you will, the semantics. The Western world wants to help “restore” the country’s path to democracy. ASEAN wants a “return.” The EU stated in January that it “demands…the return to power of democratically elected leaders,” meaning the National League for Democracy (NLD) government that was re-elected in November 2020. Joe Biden, the U.S. president, said also in January that “the regime should immediately engage in a meaningful dialogue with all parties to return Burma to its democratic path.”

Too many are still reacting to the coup. Instead, decisions must now be made reacting to the civil war it sparked. There’s an important difference. If reacting to the coup, policies could be framed around the belief that things can return to the status quo ante. The military could return to their barracks, the NLD and Aung San Suu Kyi could return to government, the ethnic militias could return to the negotiation table, and the political experiment of the 2010s could be allowed to continue. But that’s impossible – and it’s been impossible since a few weeks after the coup. There’s zero chance now that the Tatmadaw would either go back to its barracks or support a genuine civilian leadership. The Burmese people, especially those fighting and dying on the streets, would never accept the military as it was pre-2021. Once coupists, always coupists. After all, a military putsch was always a possibility since the day the NLD entered government.

Now, either the junta wins or the entire military must be reformed if the shadow National Unity Government (NUG) takes power. The shadow government has also tentatively committed itself to rebuild Myanmar under a federalist system. That’s a clear break from the past, and it’s hard to see how (if the NUG wins) it could ever go back on this progressive pledge. More to the point, Myanmar has probably entered a post-Aung San Suu Kyi phase. The NUG isn’t the NLD. The personalist party has coalesced into a broader movement. Could the NUG (in power) break from its new allies? That’s hard to imagine. Would the Myanmar people accept a junta-led election? No, so even that won’t end the civil war.

Put simply, there was Myanmar pre-coup and Myanmar post-coup. There is now to be either a Myanmar under junta control or NUG control. So the West and ASEAN are kidding themselves by speaking of “restoring” or “returning.” Returning to what? A dodgy political compromise that the Tatmadaw could have easily broken (as it did) with flagrant disregard? Indeed, for all the talk of returning Myanmar to its pre-2021 “democratic path,” there has to be some acceptance that this path, which failed to deal with a politicized military, led to the coup. It was always a two-lane path; either towards fragile civilian control or a coup. Why promote the restoration of an unstable and unsustainable compromise when the NUG is offering a new path that could well solve the twin problems facing Myanmar since the 1950s: what to do with the ethnic peripheries and what to do about a politicized military?

Responding to the civil war, not the coup, considerably ups the stakes, yet it also greatly simplifies matters. Either the Tatmadaw consolidates power or it doesn’t. Either the NUG wins and creates a new (perhaps federalist) system or it doesn’t. It presents a binary choice. Removing the status quo ante from the table ought to quicken the mind. Acceptance of the new reality presents hard choices, for sure. Western governments, China, and ASEAN should recognize the NUG, start to have meaningful dialogue with some of the civilian wings of the ethnic militias (especially those not involved in trafficking or the drug trade), and get behind the federalist plan.

There are doubts about the NUG. But do read the recent article in The Diplomat by Philipp Annawitt. “Yes, the NUG can govern, if it maintains its unity and coherence and receives more support from outside,” he states, before elaborating. And recognition appears to be moving to that point, albeit at a glacial speed. “If America recognized it as the legitimate government, the NUG could claim the $1bn in Burmese assets that America froze after the coup. Such a gesture would have the added benefit of showing that the outside world is not willing to acquiesce by default to the army’s atrocities,” The Economist recently put it in an article headlined, “Myanmar’s shadow government deserves more help.”

And there’s reason for optimism. Similar to the Ukraine war, public resistance against the junta seems to have inspired a new civic nationalism in Myanmar. Some (though by no means all) Bamar democrats have ceased their racist agitation against the Rohingya. The civilian people’s defense forces have found common ground with some of the ethnic militias. The National Unity Consultative Council (NUCC), something along the lines of a council that defines the NUG’s strategy, signals how ethnic cooperation could move forward. As Annawitt put it, with the NUCC “we have here the nucleus of the future federal structure of Myanmar.” The people’s desire for freedom is now being proven, if anyone doubted it before. If the junta falls, it will be because of the will and sacrifice of ordinary people, not because of backroom deals between elites (as with the “democratic” experiment in the 2010s).

The problem, some say, is Beijing. Western acceptance and support for the NUG would be seen by Beijing as interference in a country that borders China. Perhaps, but one will never really know China’s response until it happens. After all, it’s not in Beijing’s interests for a civil war to be running in its southern neighbor for years. If Western governments recognize and clear funds for the NUG, would Beijing regard it as a Western stooge? Perhaps. But Beijing never really saw the NLD government as Western-minded despite the considerable investment and support Western nations provided to Aung San Suu Kyi’s government. Neither is there any reason to think a NUG government would pick sides. Beijing knows too well that a post-junta Myanmar would need considerable investment and couldn’t turn it down if offered by China — and that the U.S. and EU are not going to rival it for investment in Myanmar. Moreover, the anti-junta resistance movement is hardly enamored with the West, with perceptions that they have been forgotten about by Washington, Brussels, and London.

Justifiably, many in Myanmar feel Western attention has shifted elsewhere, mainly to Ukraine. Sanctions and boycotts haven’t dulled the Tatmadaw’s proclivity for brutalizing its own people. ASEAN is procrastinating. But accepting that solutions are needed for the here and now, and not what could have been done in February or March last year, should necessitate a rethink.