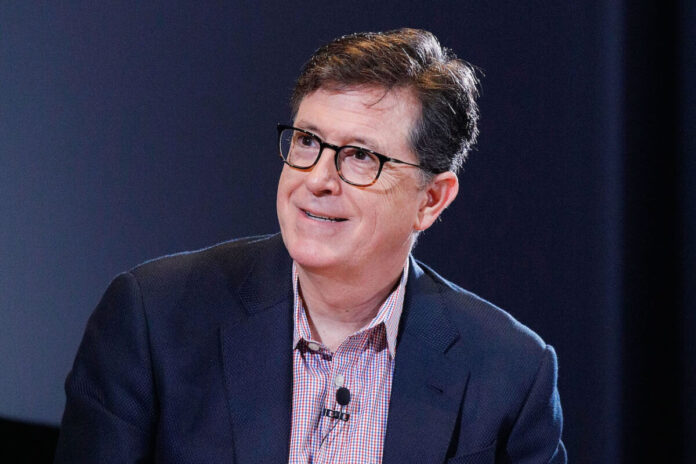 Two House Republicans issued a letter to the U.S. Capitol Police requesting more details on the arrest of seven staffers from CBS’ “The Late Show with Stephen Colbert.”

The group was charged with illegal entry after hours, after they were found unescorted in an office building for the U.S. House of Representatives around 8:30 p.m. on June 16.

In a letter on Monday addressed to Thomas Manger, the U.S. Capitol Police chief, Reps. Jim Jordan (R-Ohio) and Rodney Davis (R-Ill.) requested materials they say would help them understand how the staffers could access the House office buildings after hours.

The congressmen requested all reports, witness statements, as well as all security footage and photographs related to the arrest of the seven staffers.

Davis, the ranking member of the Committee of House Administration, said in a Fox News broadcast on June 17 he had received information that staffers of Rep. Adam Schiff (D-Calif.) and reportedly Rep. Jake Auchincloss (D-Mass.) were involved in allowing the Colbert show staffers into the building.

Spokespersons for Schiff and Auchincloss did not return queries from The Epoch Times.

“These individuals were arrested and charged with unlawful entry after causing ‘disturbances’ at the offices of several Republican members, including ‘banging’ on their office doors,” Jordan and Davis said in the letter (pdf).

Jordan and Davis noted in their letter, “The individuals were originally in the Capitol Complex in connection with the activities of the January 6th Select Committee, but it is unclear whether the Select Committee had any involvement in or awareness of these individuals’ planned harassment of Republican offices.”

“Much has been made lately about unauthorized access to House office buildings, including debunked Democrat allegations that Republican members led so-called reconnaissance tours of the Capitol Complex in advance of January 6,” the letter continued. “Unlike the Democrat allegations of reconnaissance tours, however, the events on June 16 actually resulted in arrests for unlawful entry.”

A spokesperson for CBS previously told The Epoch Times in an email that the group was recording interviews for a comedy segment of “Triumph the Insult Comic Dog,” and that the interviews were pre-arranged with congressional aides.

“After leaving the members’ offices on their last interview of the day, the production team stayed to film stand-ups and other final comedy elements in the halls when they were detained by Capitol Police,” the spokesperson said.

Stephen Colbert, on Monday’s broadcast of “The Late Show,” said that Triumph, the puppet that is operated by Robert Smigel, had “offered to go down to D.C. to interview some Congress people to highlight some January 6 hearings.”

Colbert said that after the group of staffers finished their interviews, they “were doing some last-minute puppetry and jokey make-em-ups in a hallway, when Triumph and my folks were approached and detained by the Capitol Police.” He said the arrest “isn’t that surprising” while alluding to the breach of the Capitol Building on Jan. 6, 2021.

Colbert said that the matter was resolved as professionally as possible although the experience was not pleasant for the staffers.

Caden Pearson and Zachary Stieber contributed to this report.