The Supreme Court, Public Opinion and the Fate of Roe 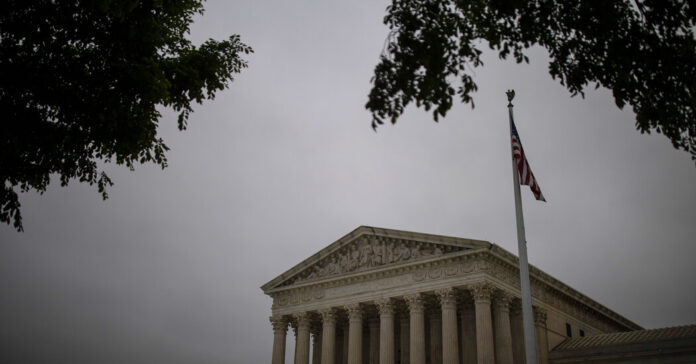 WASHINGTON — The Supreme Court, it has long been said, seldom gets very far out of step with public opinion.

The court is about to test that conventional wisdom. In the coming weeks, it seems poised to overrule Roe v. Wade, the 1973 decision that established a constitutional right to abortion. Such a ruling would be at odds with the views of most Americans, according to recent public opinion polls.

A single decision, even if it’s a judicial earthquake that would eliminate a constitutional right that’s been in place for 50 years, would not by itself disprove a general trend.

But is there indeed evidence that public opinion influences the court?

The justices themselves have suggested that there is at least a correlation between the popular will and judicial outcomes.

“Rare indeed is the legal victory — in court or legislature — that is not a careful byproduct of an emerging social consensus,” Justice Sandra Day O’Connor wrote in “The Majesty of the Law,” published three years before her retirement in 2006.

Justice Ruth Bader Ginsburg, who died in 2020, wrote in a 1997 law review article that “judges do read the newspapers and are affected, not by the weather of the day, as distinguished constitutional law professor Paul Freund once said, but by the climate of the era.”

Justice Sonia Sotomayor, in remarks at a law school in 2011, said that the court did not take public opinion into account in its rulings. At the same time, she said, the court manages to reflect the public’s views.

“On the vast majority of cases,” she said, “I bet we’re right with them.”

Books have been devoted to the subject. An important one, published in 2009 by Barry Friedman, a law professor at New York University, set out its thesis in its subtitle. It was called “The Will of the People: How Public Opinion Has Influenced the Supreme Court and Shaped the Meaning of the Constitution.”

For starters, Professor Pildes wrote, it is hard to know just what is meant by public opinion. Is it what people tell pollsters? The views of political elites? The actions of elected lawmakers?

“Public opinion can be very nebulous,” he said in an interview. “It can be very dependent on how questions are framed.”

And what is the mechanism through which public opinion, however defined, influences the justices?

“How is the court supposed to be constrained and by what?” Professor Pildes asked.

A legislative response to curb the power of the court if it veers too far from public opinion is theoretically possible. But even President Franklin D. Roosevelt, at the height of his popularity and commanding substantial majorities in Congress, failed to increase the size of the Supreme Court in response to a sustained judicial assault on his New Deal programs.

Professor Pildes, who served on the commission President Biden appointed to explore proposals to overhaul the Supreme Court, said that any new effort to expand the size of the court faced a steep uphill climb in light of the polarized political environment and the Senate’s filibuster rule.

His article explored another way in which the court could be tethered to public opinion.

“The one powerful mechanism for ensuring that the court is in line with majoritarian views is the appointments process, which in the United States is more politically structured than in some countries,” he wrote, adding, “If the cycle of appointing justices tracked the cycles of electoral politics, there would be strong reason to expect the court continually to reflect the dominant views of the president and Senate.”

But at least two phenomena undermine that expectation. First, appointments do not track electoral cycles. President Donald J. Trump, aided by the hardball tactics of Senate Republicans, appointed three justices in a single term. His most recent predecessors — Barack Obama and George W. Bush — appointed two justices each over their eight-year presidencies.

A second reason the appointment process turns out to be a poor proxy for public opinion is the length of time justices now stay on the court. “Up until the late 1960s, the average term of service was around 15 years,” the Biden commission’s report found. “By contrast, the average tenure of the justices who have left the court since 1970 has been roughly 26 years.”

If it seemed in recent decades that the justices were more or less in sync with the public, that may simply have been because the swing justice, by happenstance, mostly reflected public sentiment.

For much of his 30-year tenure, Justice Anthony M. Kennedy held the controlling vote in many closely divided cases. And Justice Kennedy “may in fact be closest to the median national voter,” Sanford Levinson, a law professor at the University of Texas, once said.

The court now looks very different. Justice Kennedy retired in 2018 and was replaced by Justice Brett M. Kavanaugh, a conservative who has become the new median member of the court. If there is a chance that Roe survives, even if in name only, it would seem to be up to him.