Transportation Secretary Warns US May Act Against Airlines Over Cancellations 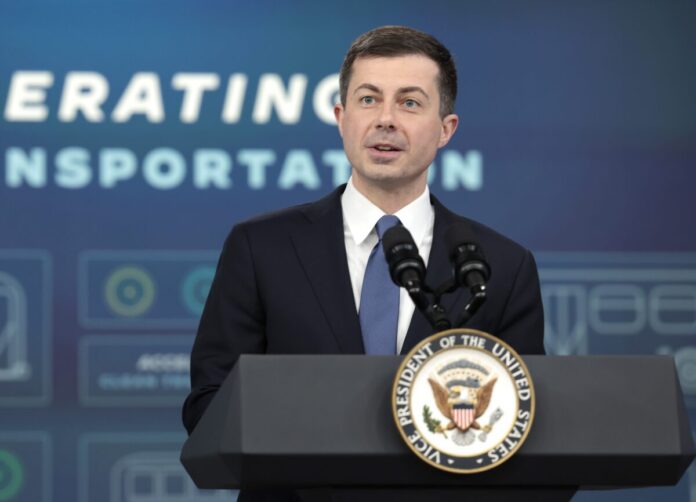 Transportation Secretary Pete Buttigieg said that the federal government may take action against airlines on consumers’ behalf amid numerous flight cancellations in recent weeks, including more than 2,000 that were canceled on Saturday and Sunday morning.

“That is happening to a lot of people, and that is exactly why we are paying close attention here to what can be done and how to make sure that the airlines are delivering,” Buttigieg said on Saturday, saying that he met with airline industry leaders late last week.

Buttigieg, the former mayor of South Bend, Indiana, stated that his office would first determine how airlines handle increased travel associated with the Fourth of July holiday before the federal government takes any action. He also did not elaborate on what his agency may do.

“Now we’re going to see how those steps measure up,” Buttigieg said.

Major airline companies have already signaled that they have cut numerous flights over the summer up until Labor Day weekend over worker shortages.

Southwest Airlines has canceled over 20,000 flights this season, and Delta Air Lines has cut over 700 flights since late last month, saying that it expects to cancel 100 flights per day between July 1 and Aug. 7 across North and South America.

A letter posted by Delta pilots on June 16 said they have been flying a “record amount of overtime” hours amid cancellations.

“At the current rate, by this fall, our pilots will have flown more overtime in 2022 than in the entirety of 2018 and 2019 combined, our busiest years to date,” the pilots said in their letter. “We empathize and share in your frustration over the delays, cancellations, and disrupted travel plans you’ve experienced. We agree; it is unacceptable.”

Weather is always a wildcard when it comes to flying in summer, but airlines have also acknowledged staffing shortages as travel roared back faster than expected from pandemic lows. Airlines are scrambling to hire pilots and other workers to replace employees whom they encouraged to quit after the pandemic hit and as airline companies fired thousands of workers for not complying with their COVID-19 vaccine mandates in 2021.

It takes months to hire and train a pilot to meet federal safety standards, but the Transportation Department sees no reason the airlines cannot immediately add customer service representatives to help passengers rebook if their flight is canceled. The government has its own staffing challenges.

“The pilot shortage for the industry is real, and most airlines are simply not going to be able to realize their capacity plans because there simply aren’t enough pilots, at least not for the next five-plus years,” United Airlines CEO Scott Kirby said several months ago in a call.

Some airline unions, however, said there is no pilot shortage. They said airlines are merely trying to extract more money from consumers.

“The United States is producing a record number of pilots, yet some are still trying to claim we need to weaken aviation safety rules to fix a problem that doesn’t exist. That’s why it’s so important we have frontline aviation safety experts—our pilots—on Capitol Hill this week to make sure decision-makers know the facts, and what’s at stake,” said Air Lines Pilot Association (ALPA) President Captain Joe DePete on June 7.

Shortages at the Federal Aviation Administration (FAA), part of Buttigieg’s department, have contributed to flight delays in Florida. The FAA promises to increase staffing there.

The Transportation Security Administration, an agency within the Department of Homeland Security, has created a roving force of 1,000 screeners who can be dispatched to airports where checkpoint lines get too long.