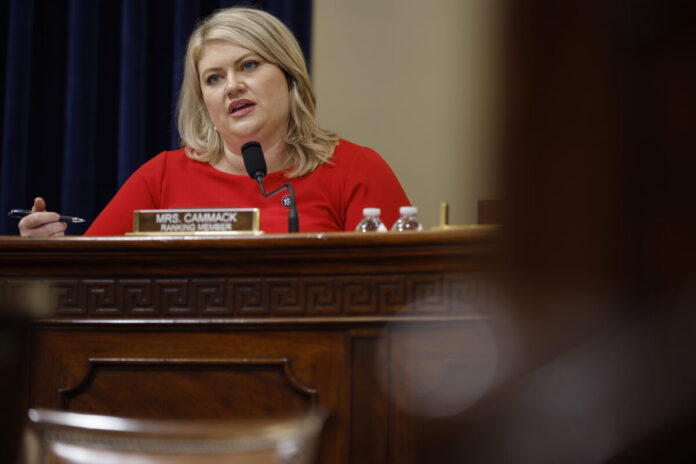 A Republican lawmaker is seeking to punish the perpetrators of police K9 deaths, and she’s also promoting a plan for officers to help get addicts off the streets. Those measures form part of the congresswoman’s efforts to stand up for law enforcement officers who she says deserve support from Americans, despite the left’s narratives against them.

Rep. Kat Cammack (R-Fla.) will soon introduce two bills in support of law enforcement, hoping to boost the morale of all law enforcement personnel in the process. The first she calls “a K9 protection bill.” The bill would allow “the federal framework to make the killing of a police K9 a felony,” the congresswoman told The Epoch Times.

Each time a canine is lost, Cammack said, it’s “tragic” and communities lose their “tremendous contribution” to keeping drugs and criminals off the streets. “A K9’s contribution to upholding law and order cannot be matched.”

The lawmaker said the second piece of legislation would help “marry the work that our law enforcement does in getting drugs off of the streets to how they are addressing the real challenges of addictions that people are facing.”

The bill is essentially an opioid amnesty program for individuals who are addicted and hoping to get clean, Cammack explained. Addicts can turn their drugs and themselves in to law enforcement to be placed into a rehabilitation facility without criminal charges. The legislation will be named after Chief Graham of the Ocala Police Department who started a similar program in Ocala, Florida, before he tragically died in a helicopter accident in 2020.

Cammack said her ultimate goal is to “help people fighting and battling addiction to rebuild their lives and get clean,” adding that “this really starts with the law enforcement component.” It is also the lawmaker’s desire to “get the community to come behind this particular individual to help bridge the gap and get him or her back on their feet.”

Specifically, Cammack said this would also involve helping an individual find work, develop skills, and seek mentorship. She is hopeful the two bills will be introduced later this summer.

Cammack said her office’s support for law enforcement cannot be overstated. Much of her motivation is spurred on by “what’s happening across the United States, [specifically] a violent crime rate that is through the roof in both rural and urban America.” She added that the opioid and fentanyl crisis is also fueling her support for law enforcement.

The lawmaker considers the left’s efforts to defund the police to be ludicrous. Taking the “border invasion” into account, she said, “anyone with common sense call tell you that you cannot protect our hometowns if you can’t defend the homeland. She added that “upholding law and order is the country’s first and last line of defense.”

With support for law enforcement fading in some areas around the country, Cammack said that some officers are feeling “an overwhelming sense of dejection, sadness, and frustration.”

“It all stems from the rhetoric, which has been followed closely by the action, of the ultra-liberal left to defund and dismantle our departments.”

This has had a far-reaching impact on the police force’s ability to operate effectively, she noted. “Sadly, even the pro-law enforcement community doesn’t make deputies immune from what’s happening around the rest of the country,” Cammack said. As a result, the retention rate of some police departments is suffering, she said, adding that in some areas, “getting people interested in the profession is like pulling teeth because it has been so marred by the left.”

J.M. Phelps is a writer and researcher of both Islamist and Chinese threats.