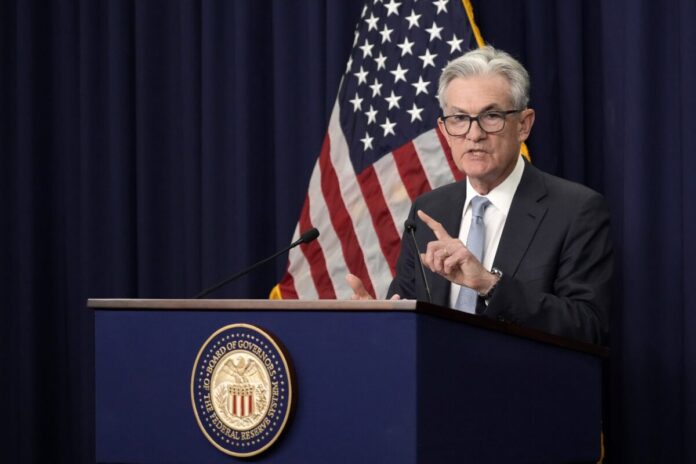 The Federal Reserve has promised to fight inflation unconditionally while also warning about a rise in inflation expectations in its latest Monetary Policy Report.

The Federal Open Market Committee (FOMC) has been “adjusting” its policies and communications since last fall in response to inflationary pressures, it said in a June 17 report.

“The Committee is acutely aware that high inflation imposes significant hardship, especially on those least able to meet the higher costs of essentials,” it said in the report. “The Committee’s commitment to restoring price stability—which is necessary for sustaining a strong labor market—is unconditional.”

The FOMC began to raise the federal funds rate in March and has pushed it up to 1.5 percent to 1.75 percent after two more hikes in May and June. The Fed also admitted that its policy of raising interest rates will result in some damage to the American economy.

Though the agency has revised down its GDP growth forecast for the year, Fed Chair Jerome Powell dismissed the idea that they must trigger a recession in order to control prices. “We’re not trying to induce a recession,” he said at a news conference, according to the Associated Press. “Let’s be clear about that.”

Consumer price inflation, as measured by the 12-month change in the price index for personal consumption expenditures (PCE), rose from 5.8 percent in December to 6.3 percent in April, according to the report.

This is not only too far away from the FOMC’s target inflation rate of 2 percent but also the highest inflation rate since the early 1980s. The report blamed the inflation on the accelerating prices of food and energy and Russia’s war against Ukraine.

However, Ed Yardeni, president and chief investment strategist of Yardeni Research, blames the Fed for failing to take timely action against inflation.

“Perhaps the most important similarity between the 1970s and recent events is the lame response of the Fed to the wage-price-rent spiral. The Fed was well behind the inflation curve during most of the 1970s and is now once again,” Yardeni said in a June 15 note.

“We’re all paying the price for having overstimulated this economy during the pandemic and putting too much money into people’s pockets, which created a lot of this inflation,” Rattner said. “There’s no free lunch, and we’re all going to have to pay the price.”

Congress had passed the White House’s $2 trillion American Rescue Plan in March last year. Prior to the passage of the bill, former Obama adviser Larry Summers had warned that the stimulus will result in inflationary pressures that the country has “not seen in a generation.”