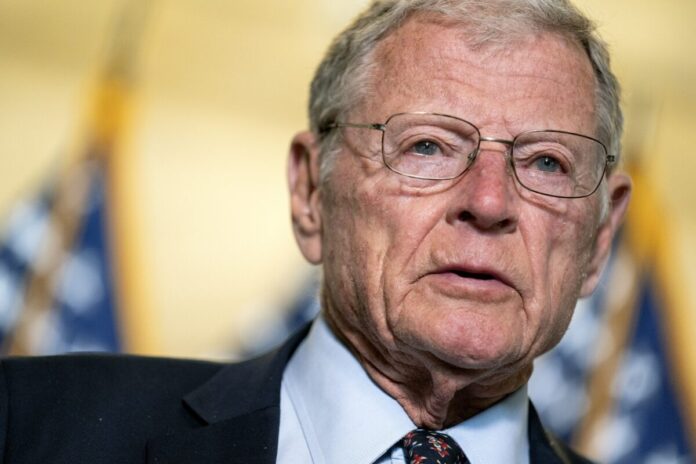 The Senate Armed Services Committee on Wednesday voted to advance its version of the National Defense Authorization Act (NDAA) for the fiscal year 2023, adding over $40 billion to President Joe Biden’s military spending plans.

U.S. Senators Jack Reed (D-R.I.) and Jim Inhofe (R-Okla.), Chairman and Ranking Member of the Senate Armed Services Committee said in a statement that the committee voted 23-3 to advance the $45 billion increase to the annual defense policy bill.

The committee adopted 223 bipartisan amendments during markups of the legislation, which now heads to the Senate floor for a vote.

“I am especially proud that for the second year in a row, the committee almost unanimously voted to approve my amendment with the Chairman that would boost the defense budget—this year by $45 billion,” Inhofe said.

“This is a demonstration of our commitment to our men and women in uniform and our willingness to compete, deter, and if necessary, defeat any adversaries who might threaten our American values and our way of life. I thank the Chairman and the whole committee for their work, and I look forward to considering it on the floor soon with an open amendment process, so we can continue to improve it.”

The NDAA advanced by the committee authorizes increased spending in national defense to address the impacts of inflation, help aid Ukraine in its war with Russia, and fund additional military construction projects. It also includes a 4.6 percent pay raise next year for military personnel as well as “new tools and reforms” aimed at protecting the health and well-being of service members and their families.

Specifically, it supports a total of $857.64 billion in funding for national defense, according to a summary of the bill released by the committee; the highest proposal for military spending for the coming fiscal year that has been made so far.

Biden’s proposal in March allocated $813 billion in national defense, including $773 billion for the Pentagon, and $6.1 billion in funding for the 2023 Pacific Deterrence Initiative.

It would also authorize $800 million in security assistance to Ukraine, and authorizes $1 billion for the National Defense Stockpile to acquire a deficit of strategic and critical minerals.

It would also extend the Pacific Deterrence Initiative (PDI) through the fiscal year 2023 and “direct the establishment of a cross-functional team to integrate DOD efforts to address national security challenges posed by China.”

The bill is named for Inhofe, who is resigning from Senate in January, and who called the markup “bittersweet.”

“As this committee has always done for as long as I can remember, we came together in a bipartisan way to build a strong bill. We were able to strengthen national security in the face of unprecedented threats, including from China and Russia, and take care of our troops and their families, who sacrifice so much. It’s not the bill I would have written on my own, but it’s a good bill that deserves and has rightfully earned broad support,” Inhofe said.