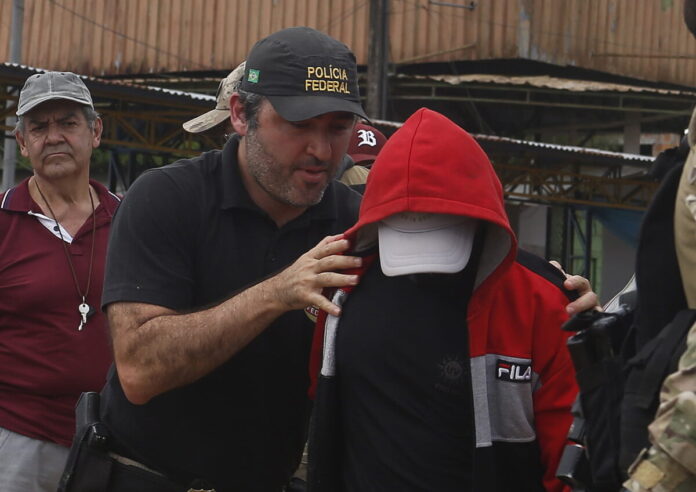 Human remains found buried in the Amazon rainforest have been confirmed as belonging to missing British journalist and environmentalist Dom Phillips.

The identification was made on Friday, two days after a suspect had confessed to the murders of Phillips and a travelling companion,  Bruno Pereira.

That suspect, fisherman Amarildo da Costa de Oliveira, earlier in the week led Brazilian police officers to the location of the bodies, deep in the forest.

UK Latin America minister Vicky Ford confirmed on Saturday the remains were those of Phillips, who was doing research in the region.

“I am very sad to hear confirmation Dom Phillips’s body has been identified,” Ford wrote on Twitter.  “My thoughts are with his family. I am grateful to everyone involved in the searches. We will continue to support Mr Phillips’s family, and the Brazilian authorities as the investigations proceed.”

Phillips and Pereira were last seen in a remote area of the Amazon rainforest on June 5, when the pair were on a research trip for a book Phillips had been working on.

Brazilian police said on June 15 that Amarildo, who had clashed with Pereira over his efforts to combat illegal fishing in indigenous territory, confessed that he had killed Phillips and Pereira with a firearm, buried their bodies, and sunk their boat.

Phillips has written for The Guardian and The Washington Post. He was researching for a book together with Pereira, who is a former head of isolated and recently contacted tribes at federal indigenous affairs agency Funai.

They were in the Javari Valley, near the border with Colombia and Peru which police say is a key route for drug trafficking.

The remote jungle is also home to the world’s largest number of uncontacted indigenous people, and has been invaded by illegal fishermen, hunters, loggers, and miners,

Greenpeace UK’s executive director Pat Venditti described the pair as “brave, passionate and determined men” who had carried out the “vital work of shining a light” on the daily threats Brazil’s indigenous peoples face in defending their land and rights.

Jonathan Watts, the Guardian’s global environment editor, said his long-time friend Phillips had died in “an undeclared global war against nature and the people who defend it.”

In an opinion piece, Watts took aim at Brazilian authorities as well as the country’s President Jair Bolsonaro.

“The police refused to put a helicopter in the air after the two men were reported missing, and the military said it had the capacity to search but wasted more than a day while waiting for orders,” he wrote.

PA Media contributed to this report