Philadelphia Firefighter Dies and Others Trapped in Building Collapse 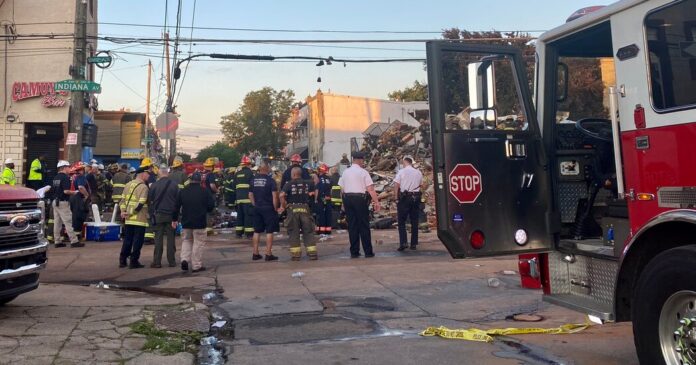 PHILADELPHIA — A building collapsed in Philadelphia early on Saturday morning, killing one firefighter and trapping several others and a building inspector, the Philadelphia Fire Department said.

The inspector was from the city’s Department of Licenses and Inspections, the Fire Department said.

The collapse occurred in the Fairhill section of North Philadelphia. On Saturday morning, at the intersection of 3rd Street and West Indiana Avenue, a pile of brick, lumber and broken drywall lay at the building site.

The collapse happened during a fire response but the nature of the call was not immediately clear. It was also unclear what caused the collapse.

In a statement on Twitter, Mayor Jim Kenney said he was grieving with the members of the Fire Department and all city government employees “who lost one of our own in the line of duty today.”

“We will continue to provide updates about this tragic incident when we have them,” he added.

Share
Facebook
Twitter
Pinterest
WhatsApp
Previous articleJuneteenth Is a U.S. Holiday, but Not a Day Off In Most States
Next articleDemocrats Face Turmoil As Concerns Mount About Biden’s Suitability to Run in 2024, Observers Say