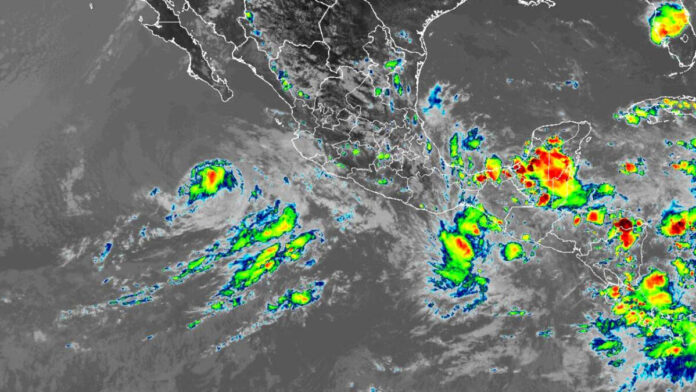 Celia is expected to remain off the coast of El Salvador and Guatemala over the weekend before moving west, toward Mexico, next week. The depression could still bring large rainfalls to the already-soaked Central American countries, and could regenerate into a storm.

The U.S. National Hurricane Center warned of heavy rains over portions of Central America and Mexico.

The Hurricane Center said Celia had maximum sustained winds of 35 mph (55 kph) and was about 80 miles (130 kms) southwest of San Salvador. It was moving west-northwest.

Tropical Storm Blas continued to weaken Saturday in the Pacific. Blas was located about 345 miles (555 kms) south-southwest of the southern tip of the Baja California peninsula with maximum sustained winds of 60 mph (95 kph) and was moving west-northwest.

The storm was bringing dangerous surf to the coast. The region was battered when Hurricane Agatha came ashore near Puerto Angel on May 30.