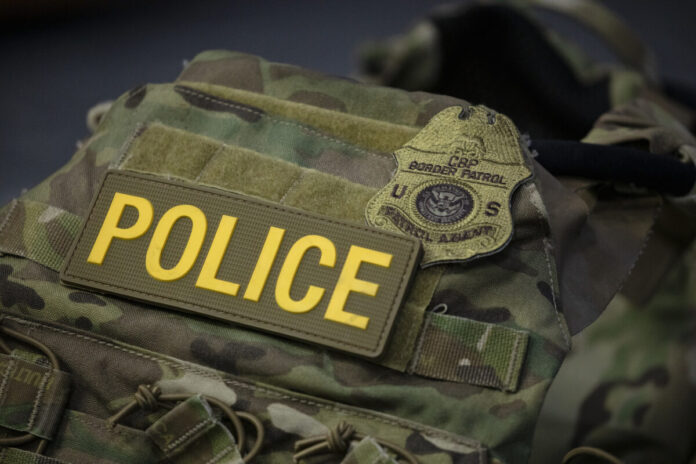 A bipartisan group of Congressional representatives has introduced a bill that seeks to restrict the ability of civilians to obtain enhanced body armor on the premise that it would make it harder for criminals to get their hands on it and so would help law enforcement take down armor-wearing mass shooters.

Reps. Grace Meng (D-N.Y.), Chris Jacobs (R-N.Y.), and Brian Higgins (D-N.Y.) said in a joint statement on June 16 that their draft bill has been named in memory of Aaron Salter Jr., a retired police officer and supermarket security guard shot and killed in the recent Buffalo massacre after he fired at and hit the suspect but with no effect as the gunman was wearing enhanced armor.

“Armor designed for warfare has no place on our streets, and the ‘Aaron Salter Jr. Responsible Body Armor Possession Act’ is a common sense step to ensure that enhanced body armor is not in the hands of bad actors,” said Meng, a member of the House Gun Violence Prevention Task Force, in a statement.

The bill (pdf) would prohibit the sale, transfer, or possession of enhanced body armor by civilians, in particular body armor that meets or exceeds Level 3 ballistic resistance levels.

The draft legislation has carveouts for law enforcement, active-duty military, and other public servants whose professional duties require them to have body armor.

Currently, there are few restrictions on the purchase of body armor by civilians, with the chief limit being a federal ban on its possession by convicted violent felons.

A body armor expert and criminal justice professor at Lake Superior State University told NPR in a recent interview that it’s rare for common criminals to wear body armor and that it’s mostly used by ideologically inspired gunmen and those who carefully plan their attacks, like the Buffalo massacre.

In May, 18-year-old Payton Gendron, of Conklin, New York, opened fire with a rifle at a supermarket in Buffalo while wearing enhanced body armor and a ballistic helmet.

He killed 10 people and wounded three others, with Buffalo Police Commissioner Joseph Gramaglia saying that one of the bullets fired by the security guard hit the gunman’s armor but had no effect.

“One of those victims, Aaron Salter, was the security guard for that store and gave his life protecting others who were inside,” Rep. Jacobs, a Republican, said in a statement.

“His heroic confrontation of the shooter undoubtedly saved lives. Unfortunately, the shooter was wearing enhanced body armor that protected him from Aaron’s attempts to take him down. Had the killer not had such armor, the outcome would have been one with much less bloodshed,” Jacobs added.

The use of body armor by gunmen engaging in mass shootings has become more widespread, according to Meng.

“Over the last decade, there have been 17 mass shootings where the gunman was protected by some form of body armor. That is two and a half times more than the previous three decades. When would-be shooters are able to arm themselves with military grade equipment, our community is at increased risk,” she said.

David Reece, the CEO of Armored Republic, told NPR after the New York law was passed that legislation meant to curb access to body armor wouldn’t do much to make communities safer as determined criminals will find a way to get their hands on it, leaving law-abiding citizens less protected.

“I believe that evil people are going to do evil things. And it is very easy for people with evil intent to bypass laws or bypass intentions of manufacturers and sellers and to find black-market resources,” Reece told the outlet.

“I think that preventing access to tools is not a way of helping free people to defend themselves against evil.”