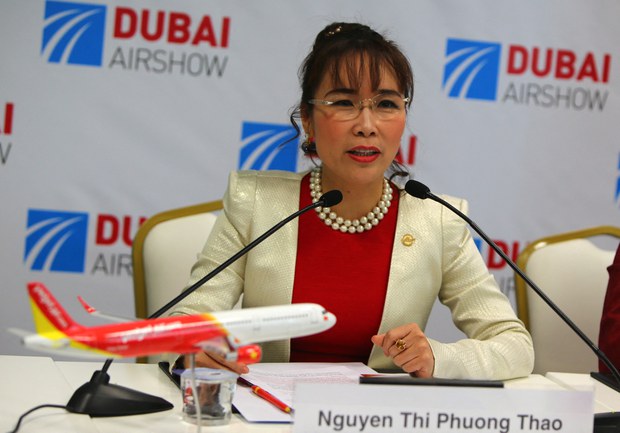 The British government is investigating a £155 million (U.S.$191 million) grant to Oxford University’s Linacre college by a Vietnamese billionaire.

Education Minister Michelle Donelan told the House of Commons that the ministry would give an update in the next few days after looking into the grant from VietJet founder Nguyen Thi Phuong Thao.

Donelan’s comments came in response to questions from a fellow Tory MP as the House of Commons considered the Higher Education (Freedom of Speech) Bill on Monday, British media reported.

Conservative MP Julian Lewis asked Donelan whether she was concerned at conditions set by the Vietnamese billionaire such as renaming Linacre ‘Thao College,’ considering Vietnam is a country where people seldom enjoy freedom of speech

Dr. Nguyen Quang A, co-founder and former director of Vietnam’s Institute of Development Studies, told RFA businesses that want to prosper in countries such as Vietnam need to have a good relationship with the government.

“In Vietnam and China officials use political power to make money from citizens and business owners. The relationship between businesses and the government is the crystallization of corruption. One party uses money to gain political influence and to enrich themselves while the official uses his power to enrich himself. That is corruption. This relationship is reciprocal,” he said.

Responding to RFA’s questions by text, human rights activist Nguyen Thi Hai Hieu, a fifth-year student studying in the UK, said the British government’s suspicions were completely justified. She said she agreed with the decision to investigate the donation, adding that she suspects it to be a money-laundering case involving the Vietnamese government.

Hieu said she believed that investing in colleges or supporting scholarships for Vietnamese students was a good idea but not necessary even though she considered the British education system to be better than Vietnam’s.

She said Vietnam should prioritize investment in its own education system because there are many disadvantaged areas in the country, where equipment and facilities in schools are still limited.

Thao signed a Memorandum of Understanding with Linacre College on October 31, 2021.

After signing the MoU and receiving the first £50 million of the agreed funding, Linacre College said it would approach the Privy Council, a group of politicians who advise the Queen, to ask to change the school’s name to Thao College.