Trump Vows Liz Cheney Will Lose Her Seat in Congress 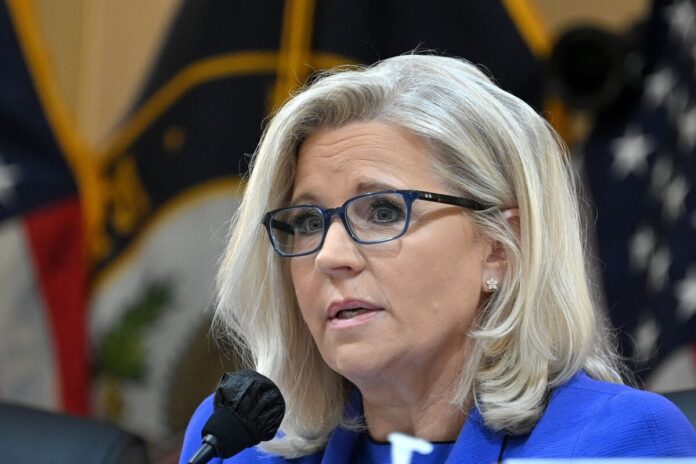 Donald Trump said on June 15 that Rep. Liz Cheney (R-Wis.) would lose her re-election bid, like South Carolina Rep. Tom Rice, who was ousted from Congress in his Republican primary on Tuesday.

“Same thing’s going to happen in Wyoming to Virginia’ resident’ Liz Cheney, that happened in South Carolina to Congressman’ Impeach Master’ Tom Rice, who lost as an incumbent by 28 points!” Trump wrote on his social media platform Truth Social.

Rice received 25.54 percent of the vote, while Fry had 51.07 percent, according to Decision Desk HQ.

Cheney, like Rice, is among 10 House Republicans who joined the Democrat effort to impeach Trump for allegedly inciting the Jan. 6 incident at the U.S. Capitol, while the majority of Republicans voted against the impeachment, believing it was unconstitutional and unwarranted.

Trump’s camp has targeted Cheney for a primary challenge. The former president endorsed Cheyenne attorney Harriet Hageman, who is one of the four Republicans challenging the incumbent lawmaker.

Multiple polls have shown that Cheney and Hageman are the top two candidates; one survey found Cheney 28 points behind her primary opponent Hageman.

A recent poll by Fabrizio, Lee & Associates, which included 400 responses from likely GOP primary voters, asked, “If the Republican Primary for Congress were held today for which of the following candidates would you vote?”

About 56 percent of respondents say they would cast a ballot to elect Hageman, while 28 percent would choose Cheney, according to the survey conducted from June 1 to June 2.

Seeking a fourth term, Cheney hauled in $10 million for her re-election campaign as of the end of March, according to the Federal Election Commission (FEC). Hageman only raised about $2 million.

However, most of the money raised by Cheney came from out-of-state donors. Cheney brought in $255,336 from Wyoming residents, placing the state in eighth place. In contrast, Hageman’s campaign raised $543,094, according to FEC. The fundraising figures were first reported by Newsweek.

Cheney has held Wyoming’s only seat in the House of Representatives since 2017. But she has faced heavy backlash since voting to impeach Trump, including being censured by her state’s Republican Party and later being removed as GOP House Conference Chair for her repeated criticism of Trump.

The Epoch Times has reached out to Cheney’s office for comment.

Jeff Louderback and Ivan Pentchoukov contributed to the report.

Dorothy Li is a reporter for The Epoch Times based in Europe.