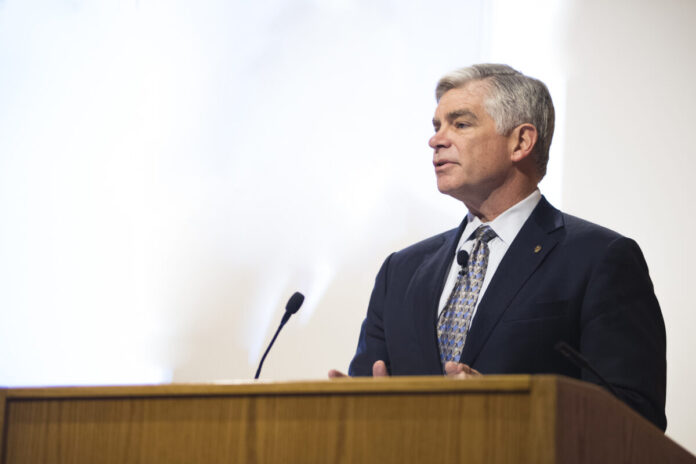 The manufacturing sector in the Philadelphia region saw a modest contraction in June, according to a report released by the Federal Reserve Bank of Philadelphia on June 16.

The Philly Fed Manufacturing Business Outlook Survey’s diffusion index for current general activity fell to -3.3 in June from 2.6 in May, missing the widely anticipated market expectation of 5.5.

This is the first contraction in manufacturing activity for the region since May 2020, during the pandemic.

These unexpected losses in manufacturing come as the new orders index tumbled 35 points to -12.4 in June from 22.1 in May, while the shipments index fell 25 points to 10.8 from 35.3 in the previous month, which indicates a substantial slowdown in growth.

Around 64 percent of producers reported no change in activity in June, with 20 percent of the firms reporting a decrease in productivity and 16 percent saying activity increased.

However, the industrial sector continues to report increases in employment with the employment index moving up from 25.5 in May to 28.1 in June.

The central bank report showed that prices-paid and prices-received indexes fell in June for a second month, although they both remained elevated, with the prices-paid index down 14 points to 64.5 from 78.9 in May.

The supply chain situation improved with the delivery times index falling to 9.9 from 17.5, while the unfilled orders index dropped to minus 7  from 17.9 in May.

“Weekly jobless claims again exceeded expectations and will soon soar as consumers cut back on spending and businesses cut back on workers,” wrote Peter Schiff, Chief Economist & Global Strategist at Europac on Twitter. “June Philly Fed Mfg. fell to -3.3 and May housing starts and building permits collapsed. The home building industry is entering a depression!”

The diffusion index for future general activity for the next six months fell to -6.8 from 2.5 in May—its fifth consecutive month of decline and the first negative reading since December of 2008.

Meanwhile, the future new orders index declined 24 points, to minus 7.4, and the future shipments index fell 29 points to 3.6.

A New York Fed report for the New York region’s manufacturing sector on June 15 also witnessed a second consecutive month of contractions, but the sector showed strength in new orders and shipments.

“The survey’s indicators for general activity, new orders, and shipments all declined, with the former two turning negative, but the indicator for employment moved higher,” concluded the Philadelphia Fed.

“The price indexes declined but continue to suggest widespread increases in prices. The survey’s future indexes indicate deterioration in the respondents’ expectations for growth over the next six months, as higher shares of firms expect decreases compared with last month.”