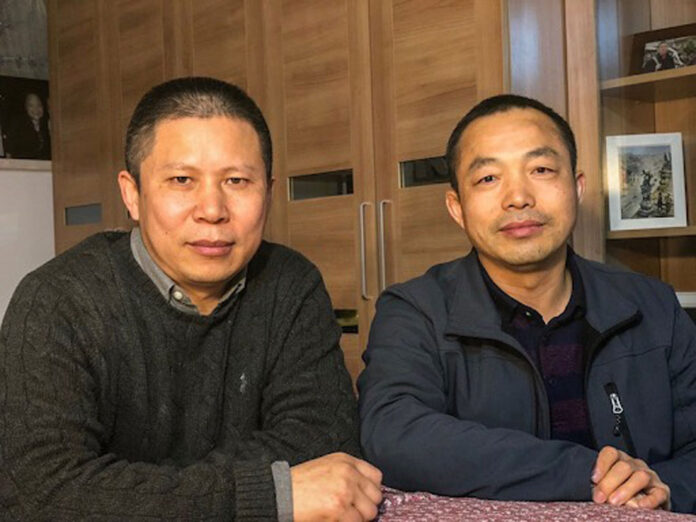 Detained democracy activist Xu Zhiyong will stand trial for subversion in the eastern Chinese province of Shandong on June 22, lawyers and a rights group said on Friday.

“Linyi Intermediate People’s Court has decided that Xu Zhiyong’s case will be heard in Courtroom No. 3 of the Linshu County People’s Court at 9:00 am next Wednesday,” the Chinese Human Rights Defenders (CHRD) network said via its website and Twitter account, citing defense attorney Zhang Lei.

Xu, who has already served jail time for launching the New Citizens’ Movement for greater official accountability, was detained in early 2020 and held on suspicion of “subversion of state power” alongside Ding and other activists who held a dinner gathering in the southeastern port city of Xiamen on Dec. 13, 2019.

Both men were held incommunicado, denied permission to meet with either family members or a lawyer for two years, under “residential surveillance at a designated location” (RSDL) and criminal detention.

They haven’t been seen or heard from since their indictments in August 2021.

U.S.-based rights lawyer Wu Shaoping said the court has indicated that Xu and Ding will be tried separately.

“According to the provisions of the Criminal Procedure Law, the two cases should be tried together, because they both resulted from the defendants attending the Xiamen gathering,” Wu told RFA.

“I believe that most of the evidence in their cases is the same,” he said, questioning whether the two men would receive a fair trial, saying that the defense attorneys had been pressured into removing large amounts of “illegal” evidence from their case files in an impossibly short amount of time.

“Really, the authorities just want to go through the motions and push this complicated case through a quick trial,” Wu said.

“These are trumped-up charges, and … a lot of people in China want to hear the facts of the case … but the facts will only be established if there is a joint trial,” she said.

CHRD had earlier called for Xu and Ding’s immediate and unconditional release, and for an independent investigation into their accounts of torture while in detention.

“Xu and Ding have told their lawyers that Chinese authorities subjected them to torture and other ill-treatment,” the group said in a statement on its website.

“CHRD reiterates its appeal to the UN experts to urge the [Chinese] government … to launch a prompt and impartial investigation of police officers and/or other state actors accused of subjecting Xu Zhiyong, Ding Jiaxi, and others to torture, and prosecute any individuals who have been found to have violated Chinese law and international law,” it said.

Meanwhile, the Linyi municipal prosecutor’s office has moved ahead with the trial of Xu’s partner, the rights activist Li Qiaochu for “incitement to subvert state power.”

The case against Li rests on claims that she wrote and edited Xu’s personal blog and uploaded articles he wrote there.

Li, who was recently given the Cao Shunli Memorial Award for her rights activism, was initially detained on Feb. 6, 2021 on suspicion of “subversion of state power,” and held at the Linyi Detention Center, then at a psychiatric facility.

Her detention came after she posted details of torture allegations by Xu and Ding.

U.S.-based lawyer Teng Biao said that a documentary about Xu’s political activism, made by fellow activist and poet Chen Jiaping, will soon be available outside China.

“It documents the whole of Xu Zhiyong’s civil rights protection movement … including many activities before he was imprisoned in 2013 and an interview after he was released from prison in 2017,” Teng told RFA. “Chen Jiaping, the director of the film, was arrested by the Chinese police for a period of time because of the film.”

“Given that Xu Zhiyong’s pretrial conference is today, we wanted to let more people know what Xu Zhiyong did,” he said.

Teng added: “Xu Zhiyong is a human rights lawyer and a legal scholar who played a very, very important role in the Chinese human rights movement by civil society. He was sentenced to 4 years in prison from 2013 to 2017. Now he is facing trial.”

“A lot of citizens have come together in a very difficult and dangerous situation to campaign for basic human rights and the rule of law in China,” Teng said.

Xu has never advocated violence, and has paid a very heavy price for advocating for his personal ideals, he said.

“This current charge of subversion of state power is totally a case of political persecution … he didn’t commit any crime at all, of course he didn’t,” Teng said. “He is respected and followed by many people.”