Hurricane Blas Heads out to Sea Off Southern Mexico 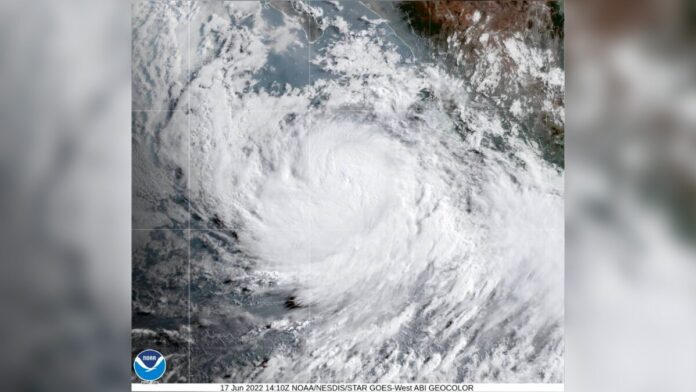 MEXICO CITY—Hurricane Blas was heading out to sea off Mexico’s southern Pacific coast Friday, but a tropical depression has also formed off Central America.

The depression is forecast to become a tropical storm while moving closer to El Salvador and Guatemala, before veering away from land over the weekend.

But the U.S. National Hurricane Center warned that “heavy rains are likely over portions of Central America regardless of how close the forecast tropical-storm force winds get to the coast.”

Authorities in El Salvador said a half dozen people had died during a week of rains influenced by Blas and other weather systems.

The Hurricane Center said Blas had maximum sustained winds of 85 mph (140 kph) at midafternoon. It was centered about 250 miles west-southwest of Manzanillo and it was heading to the west-northwest at 8 mph.

Forecasters expected Blas to start weakening Friday night as it stayed over open waters and moved farther out into the Pacific. But they added that the hurricane was bringing dangerous surf to the Pacific coast.

The region was battered when Hurricane Agatha, came ashore near Puerto Angel on May 30 with maximum sustained winds of 105 mph. Authorities said flooding and mudslides caused by Agatha’s heavy rains killed at least nine people, with five others missing and suspected to be dead.