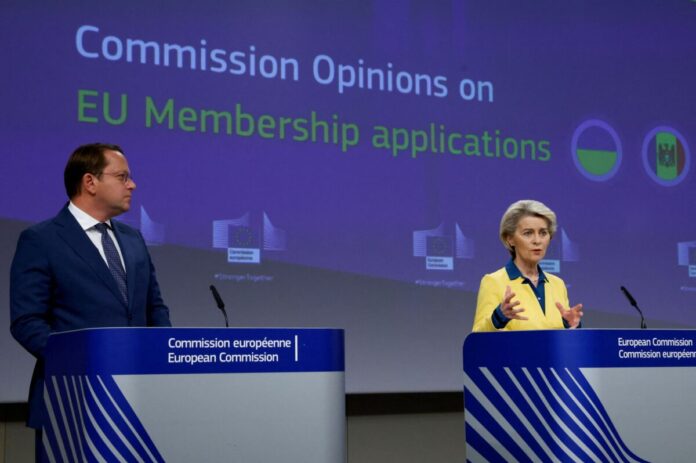 European Commission, the executive arm of the European Union (EU), said on Friday that they support the organization to consider war-ravaged Ukraine as a potential member.

“The Commission recommends that Ukraine be given the perspective to become a member of the European Union. It should be granted candidate status on the understanding that steps are taken in a number of areas,” the commission wrote in an opinion.

Ukraine has a strong macroeconomic record, demonstrates resilience with macroeconomic and financial stability, and has gradually approximated to criteria of the EU community, the executive body elaborated.

The European Commission also recommended membership be considered for Moldova and Georgia in the opinion.

“Ukrainians are ready to die for the European perspective. We want them to live with us the European dream,” Ursula von der Leyen, the president of the European Commission, said in a statement.

In light of the commission’s opinions, the applications for EU membership by the three countries will be discussed at the next European Council on June 23 and 24. The EU member states will have to decide unanimously on the next steps for the applications.

Though only the start of a process that may take many years, it puts Kyiv on course to realize an aspiration that would have been beyond its reach just months ago.

Ukraine applied to join the EU four days after Russian troops poured across its border in February.

“It’s the first step on the EU membership path that’ll certainly bring our victory closer,” Ukrainian President Volodymyr Zelenskyy wrote in a social media post. “Precisely because of the bravery of the Ukrainians, Europe can create a new history of freedom, and finally remove the grey zone in Eastern Europe between the EU and Russia.”

Leaders of EU countries are expected to endorse the decision at a summit next week. The leaders of the three biggest—Germany, France, and Italy—conveyed their solidarity on Thursday by visiting Kyiv, along with the president of Romania.

Reuters contributed to the report.