Court Sides With Girls Who Sued Over School’s Skirt Requirement 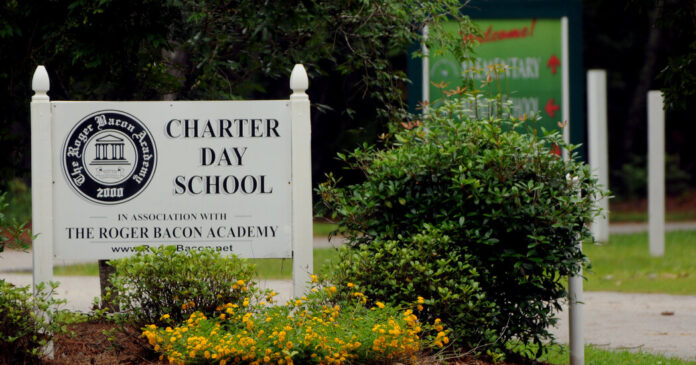 A North Carolina charter school violated female students’ constitutional rights by requiring that they wear skirts, a federal court ruled this week, in a case that weighed whether a privately operated institution should be subject to similar rules as public schools run by local school boards.

The 10-to-6 ruling on Tuesday from the U.S. Court of Appeals for the Fourth Circuit in Richmond, Va., said that the dress code at the Charter Day School in Leland, N.C., “blatantly perpetuates harmful gender stereotypes.”

The decision said the school “has imposed the skirts requirement with the express purpose of telegraphing to children that girls are ‘fragile,’ require protection by boys and warrant different treatment than male students, stereotypes with potentially devastating consequences for young girls.”

The Charter Day School “does not attempt to disguise the true, and improper, rationale behind its differential treatment of girls,” Senior Judge Barbara Milano Keenan wrote in the majority opinion.

The ruling was the first time that a federal appeals court recognized that charter schools receiving public funds are subject to the same safeguards as traditional public schools, according to the American Civil Liberties Union.

Aaron Streett, a lawyer representing Charter Day School, said the school is looking into potential next steps after the “erroneous ruling.”

“Treating charter schools exactly the same as traditional public schools limits the ability of parents to choose the best education for their children,” Mr. Streett said in an emailed statement.

Bella Booth, one of the students named in the lawsuit, said she remembers when her mother first told her that she would have to wear a skirt to school. Then 9 years old, she didn’t understand why she could not wear pants like her brother.

“I just threw a fit,” Bella, now 16, said in a phone interview. “But now I know that little girls like me can now wear whatever they want.”

Bella’s mother, Erika Booth, said the two were “delighted” by the decision, even though Bella, now a high school junior, is no longer a student at Charter Day School.

“Any kind of civil rights issue is not just for yourself but for everyone else that has to deal with it after you,” Ms. Booth said. “This is for everybody going forward.”

Officials at the charter school said it put in place the dress code requiring girls to wear skirts, jumpers or skirt-like shorts known as “skorts” and boys to wear shorts or pants to “promote chivalry” and “instill discipline and keep order” among the students.

The school’s founder, Baker A. Mitchell Jr., said the dress code created a “code of conduct where women are treated, they’re regarded as a fragile vessel that men are supposed to take care of and honor,” according to the court opinion. He also said that the school’s skirt requirement aimed to “treat girls more courteously and more gently than boys.”

“Chivalry may not have been a bed of roses for those forced to lie in it,” Judge Keenan said about the dress code in her opinion.

The yearslong legal battle began with a school petition in 2016 by one of the students who wanted to wear pants. Keely Burks, one of the students involved, was in eighth grade when the A.C.L.U. filed the suit on behalf of the girls and their guardians that year.

In a blog post at the time, she described how “distracting and uncomfortable” it was to have to pay attention to the position of her legs while sitting in class.

In the most recent appeal, the judges had to determine if the charter school was a public entity. Charter Day School, a tuition-free school of more than 900 students in southeastern North Carolina, argued that it was private and, therefore, that the Constitution’s equal protection clause, which protects individuals from discrimination by public entities, did not apply.

But the school receives 95 percent of its funding from federal, state and local government authorities, the judges said, and it must follow the same guidelines as public schools, which are prohibited from enacting discriminatory dress codes. While the court settled the question of whether Charter Day’s dress code violated the 14th Amendment, a district court will reconsider whether it also violates Title IX, which prohibits sex-based discrimination, at a later date.

Galen Sherwin, a senior staff lawyer at the A.C.L.U.’s Women’s Rights Project who represented the plaintiffs, said even though the ruling was limited to North Carolina, she believes that it could have broader implications for dress codes elsewhere.

“It’s very significant on the question of the charter schools and the availability for constitutional protections,” Ms. Sherwin said about the ruling in a phone interview. “Certainly it should put public charter schools across the country on alert that they should be expected to comply.”