Who Is John Wood? – The New York Times 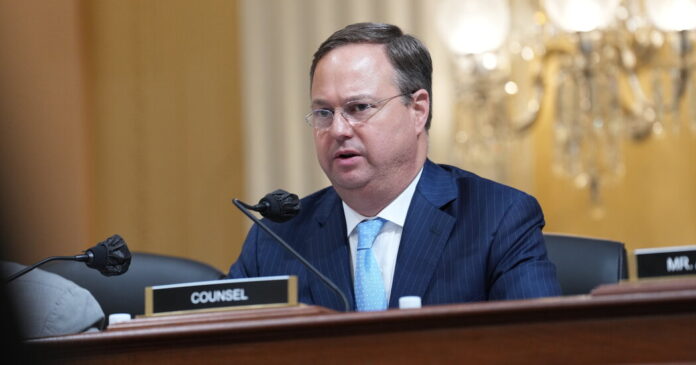 As the House Select Committee investigating the Jan. 6 attack begins to sharpen its case, it has increasingly sought to connect former President Donald J. Trump and some of his top advisers and allies with the chaos and violence that unfolded on the day of the riot.

To help unravel the complex legal details surrounding that line of inquiry, last year the committee brought on John Wood, a former U.S. attorney who served during the George W. Bush administration, to be senior investigative counsel.

Mr. Wood is a close associate of Representative Liz Cheney, one of the two Republican members of the committee. He also worked as a clerk for Justice Clarence Thomas, widely considered one of the most consistently conservative members of the Supreme Court, and held other roles within the Bush administration, including chief of staff at the Department of Homeland Security.

The committee has relied on Mr. Wood’s conservative bona fides to help frame its investigation as a nonpartisan effort not motivated by politics or vendettas against Mr. Trump.

“The committee will continue to put politics aside to get answers the American people deserve about what happened and how to ensure it never happens again,” the committee said in its September announcement of Mr. Wood’s role.

Before joining committee, Mr. Wood most recently worked as general counsel for the U.S. Chamber of Commerce.

His involvement with the committee has included overseeing the team scrutinizing Mr. Trump’s direct involvement in the riot.