Who Is J. Michael Luttig? 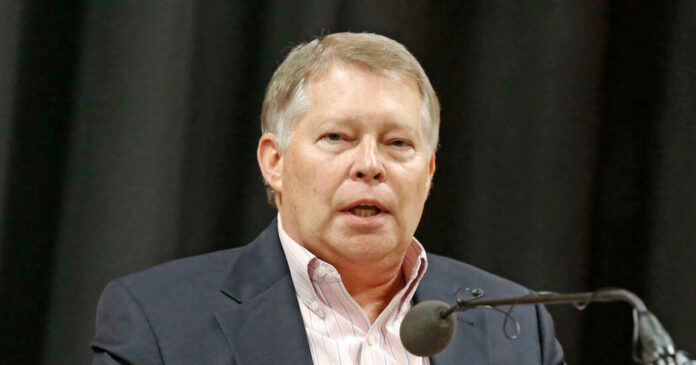 The morning before the Jan. 6 attack on the Capitol, former Judge J. Michael Luttig posted a series of messages on Twitter weighing in on a dispute that had been quietly brewing between President Donald J. Trump and Vice President Mike Pence.

In his thread, Judge Luttig, a former appeals court judged revered by conservatives, asserted that the vice president had no power to use his own discretion in the counting of electoral votes when Congress held a joint session to make its formal tally of the election results.

“The only responsibility and power of the Vice President under the Constitution is to faithfully count the electoral college votes as they have been cast,” Judge Luttig wrote.

“The Constitution does not empower the vice president to alter in any way the votes that have been cast, either by rejecting certain votes or otherwise,” Judge Luttig continued.

The messages, Judge Luttig would later say, were part of an urgent effort on the part of Mr. Pence’s inner circle to bolster the vice president’s stance that he could not do what Mr. Trump was demanding of him: unilaterally decide to invalidate the election results when he presided over the joint session on Jan. 6.

Richard Cullen, Mr. Pence’s outside counsel, had called the judge and implored him to intervene somehow. Judge Luttig’s commentary was of particular interest because John Eastman, the lawyer who was advising Mr. Trump that his vice president could, in fact, obstruct the count, once served as one of his clerks.

Mr. Pence’s team ultimately incorporated Judge Luttig’s analysis, citing him by name, into a letter announcing the vice president’s decision not to try to block electors for Joseph R. Biden Jr. Not long after, Judge Luttig told The New York Times that it was “the highest honor of my life” to play a role in preserving the Constitution.

In February, Judge Luttig, who served on the U.S. Court of Appeals for the Fourth Circuit and was close to being nominated for the Supreme Court, wrote in a guest essay for the The Times that Mr. Trump had exploited the convoluted language of the Electoral Count Act to delegitimize electoral votes for Mr. Biden in the 2020 election, and that he believed Mr. Trump could do so again in 2024.

“At the moment, there is no other way to say it: This is the clearest and most present danger to our democracy,” Judge Luttig wrote in the piece, in which he called for an overhaul of the statute.