Who Is Greg Jacob? – The New York Times 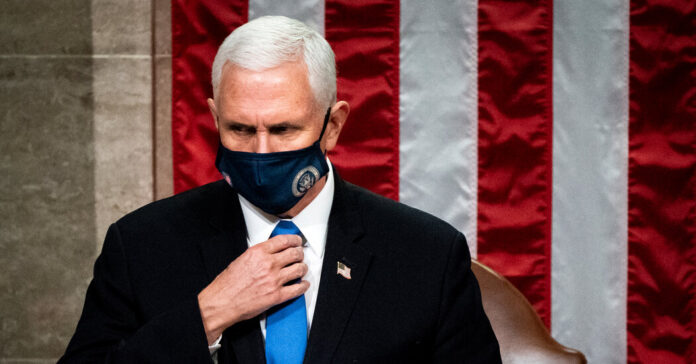 Few witnesses have provided such damning evidence of the unlawful nature of the plot to overturn the 2020 election as Greg Jacob, the top White House lawyer to former Vice President Mike Pence.

In a deposition and a series of emails turned over to the House committee investigating the Jan. 6 attack on the Capitol, Mr. Jacob has described how John Eastman, the architect of a plan embraced by President Donald J. Trump to use the vice president to nullify the 2020 outcome, admitted to him that the strategy was illegal.

Mr. Jacob played a pivotal role in the days before the Jan. 6 attack, advising Mr. Pence not to go along with the pressure campaign by Mr. Trump to throw out legitimate electoral votes for Joseph R. Biden Jr. A memo written by Mr. Jacob warned the vice president that he would most likely lose in court if he delayed the vote certification.

Mr. Jacob is planning to testify on Thursday that it was abundantly clear that the vice president had no lawful power to throw out legitimate election results.

Existing laws “were already clear that the vice president did not possess the extraordinary powers others urged upon him,” Mr. Jacob will say, according to a copy of his prepared remarks.

“New statutes will make little difference if we do not first inculcate in our citizens and demand in our leaders unfailing fidelity to our Constitution and the rule of law,” his prepared statement reads. “That means you always follow them, even when it hurts. You stand up for them, even where there is a cost.”

Mr. Jacob also planned to use his testimony to issue a strongly worded rebuke of Mr. Trump, whom he does not name in his prepared testimony.

“The law is not a plaything for presidents or judges to use to remake the world in their preferred image,” his statement said. “Our Constitution and our laws form the strong edifice within which our heartfelt policy disagreements are to be debated and decided. When our elected and appointed leaders break, twist, and fail to enforce our laws in order to achieve their partisan ends, or to accomplish frustrated policy objectives they consider existentially important, they are breaking America.

“We should not feign surprise when our citizens treat the law and the Constitution with the same level of respect that our leaders do,” Mr. Jacob’s prepared statement adds.

And as rioters shouted “Hang Mike Pence” on Jan. 6, Mr. Jacob blamed Mr. Eastman and what he called his “entirely made up” legal theory, writing to him in an email, “Thanks to your bullshit, we are now under siege.”