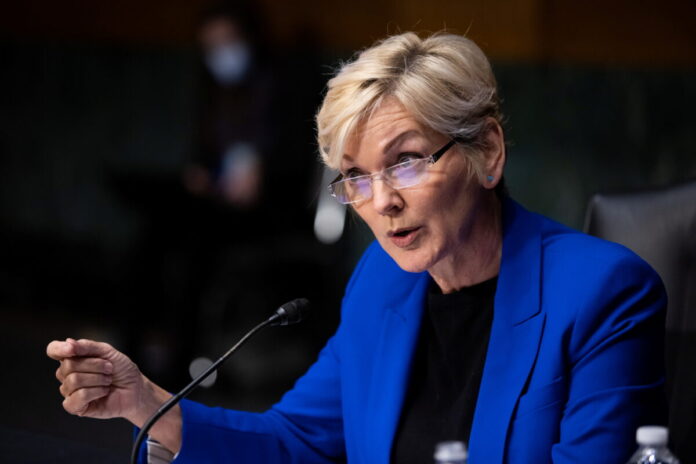 Amid continually increasing gas prices, White House officials have continually recommended that Americans feeling pain at the pump should switch over to electric vehicles.

During a live streaming event this week, the Biden administration’s energy secretary, Jennifer Granholm, said that a way to deal with $5 per gallon gas is to purchase an electric vehicle

“If you filled up your EV [electric vehicle] and you filled up your gas tank with gasoline, you would save $60 per fill-up by going electric rather than using gasoline but it’s a very compelling case, but again, we want to bring down the price at the point of purchase,” she said in a clip circulated by Republicans on social media Tuesday.

Her comments received significant criticism from Republican lawmakers and conservatives on social media, accusing Granholm, a former Michigan governor, of being out of touch. Last year, Granholm sold millions of dollars in stock options from Proterra—a company that manufactures electric buses.

“If you drive an electric car, this would not be affecting you,” she said in May 2021 in reference to the elevated gas prices.

“It is actually rural drivers who would benefit the most,” Buttigieg in May. “The more they drive, typically the more of their income is going to gas, so the more money they are going to save if they can afford an electric vehicle, which allows them to fill up on electrons.”

And last year, Buttigieg drew criticism for telling families who are struggling with high gas prices to buy an electric vehicle because if they do, they’ll “never have to worry about gas prices again.”

As of Thursday, data from auto club AAA shows that the average price for a gallon of regular gas fell about 1 cent to $5.009 across the United States. California, as usual, led the way with prices hitting $6.428, the figures show, and no other state had $6 gas.

Biden himself said in late May that the record-breaking gas prices will spur Americans to purchase electric vehicles. Earlier this year, Biden announced the release of 180 million barrels of oil from the U.S. Strategic Petroleum Reserve, which the White House said would cause gas prices to “come down fairly significantly.”

“[When] it comes to the gas prices, we’re going through an incredible transition that is taking place that, God willing, when it’s over, we’ll be stronger and the world will be stronger and less reliant on fossil fuels when this is over,” Biden said during a trip to Japan.