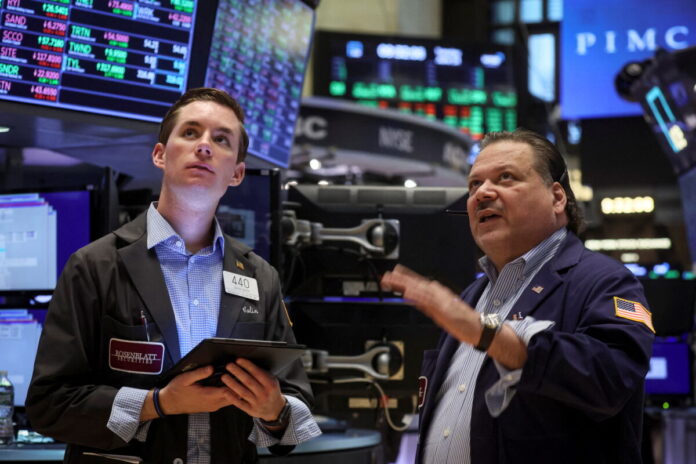 Futures contracts on Wall Street’s major stock indexes were all in the red ahead of opening bell Thursday, pointing to likely drops when markets open later in the day as the post-Fed rate hike rally appears at risk of fading.

The Federal Reserve on Wednesday hiked rates by 75 basis points, the sharpest increase since 1994, in a bid to get a handle on soaring inflation.

Other Wall Street indexes closed the session with gains, with the Dow Jones Industrial Average ending 1.00 percent up and the Nasdaq 2.49 percent higher.

But futures trading ahead of opening bell Thursday suggest investors are poised for selloffs.

“After a ‘relief’ bounce on Wednesday, the stock market rout has resumed. It’s hard to see a catalyst to stabilize the market at this point,” said the authors of The Daily Shot, a financial market newsletter, in a tweet.

At a press conference following a meeting of Fed policymakers on Wednesday, Powell make clear that the central bank’s priority is taming runaway inflation and said another 75 basis point hike could be in the cards.

“We at the Fed understand the hardship high inflation is causing. We are strongly committed to bringing inflation back down, and we are moving expeditiously to do so,” he said.

Powell explained that earlier messaging put the rate hike at a likely 0.5 of a percentage point, but that inflation had “surprised to the upside” and that future inflation expectations had also risen, prompting the central bank to deliver a sharper rate increase at Wednesday’s policy meeting.

He also signaled another big rate move next month, saying that either another three-quarter point or a half-point hike was being penciled in.

With inflation accelerating sharply in May, investors are betting that the Fed will opt for another 75 basis point move, according to CME Group’s Fed Watch tool, which at the time of reporting was showing an 85 percent probability for a 0.75 percentage point hike in July.

The Fed’s pivot towards a more aggressive tightening policy has spurred a growing number of recession calls among economists and market analysts, with some already considering the timing of a future loosening.

“Moving harder and faster comes at an economic cost,” ING analysts said in a note.

“Rising recession risks mean rate cuts will be on the agenda for summer 2023,” they predicted.