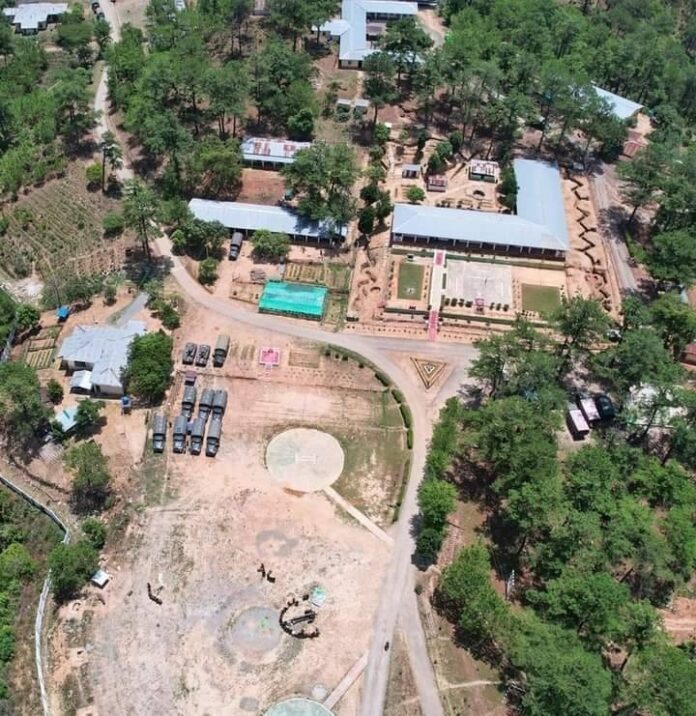 Yaw Man, an official from Mindat People’s Administration which is engaged in armed resistance, said a man and two women died when shells exploded.

He said the military council’s Infantry Battalion No. 274 started shelling villages in the northern part of the city on Thursday morning. Mui Tai village is located 6 miles (9.7 kilometers) from Mindat.

“A 70-year-old man, a 60-year-old woman and a 30-year-old woman working on the farm died on the spot. Another was wounded by bullets. The shells also landed in the village. Three houses were destroyed there,” said Yaw Man, adding the the injured man was being treated at a charity clinic near Mindat Township.

Residents told RFA that Infantry Battalion No. 274, which is based in Mindat, fired shells seven times targeting villages, including Mui Tui, in the north of Mindat city from around 9:30 a.m. Locals said the army was not targeting local People’s Defense Forces (PDFs), but deliberately aiming at the villages.

Calls to a military council spokesman by RFA on Thursday morning went unanswered. In the past, the spokesman has said the army had to open fire to destroy villages where local PDFs were sheltering and conducting military training.

On May 23, heavy artillery fired by Infantry Battalion No. 274 hit a house in Madat village critically injuring an 11-year-old boy whose right leg had to be amputated.

Chin State was one of the first regions in Myanmar to form militias to fight the military following the coup in February last year. More than 200 people have been killed in the state since then according to the Chin Human Rights Organization (CHRO), which monitors human rights abuses.

At least 10 civilians have been killed in Mindat City and Mindat Township since February 1, 2021. Fighting between junta troops and local militias has forced nearly 90,000 locals to flee their homes in Chin State.